Over the last few weeks Tony and I have been working on our backyard deck build. To recap:

This week I’ll give you some tips for how to install deck boards, plus a list of tools you will need for your own deck project. This is probably the simplest step in building a deck, and also very satisfying. 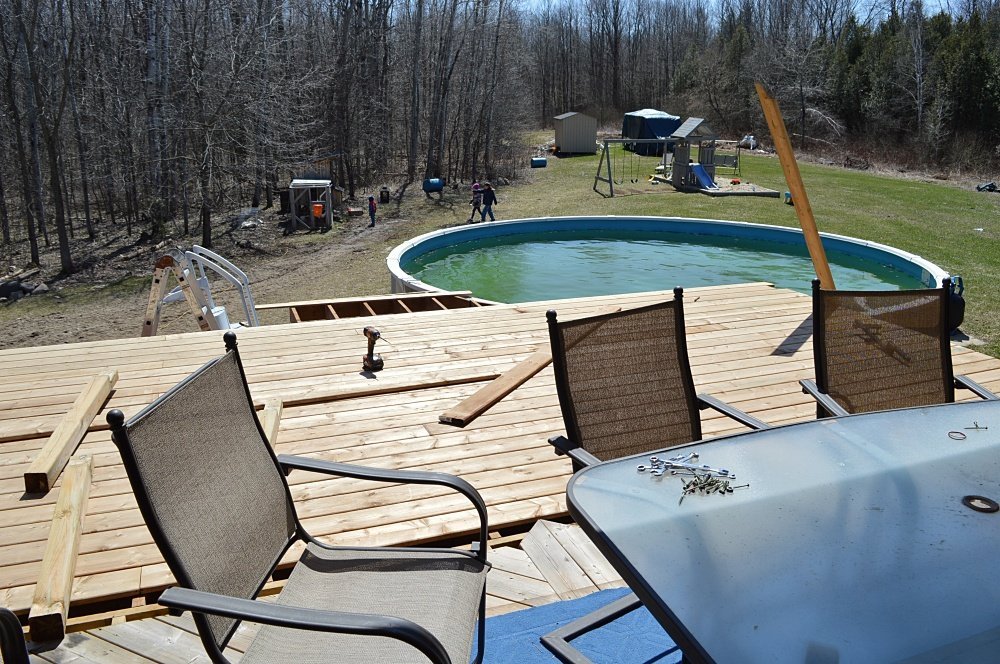 Which way to install deck boards?

Deck boards should be installed perpendicular to the joists. This is the easiest and simplest way. If you want to install diagonal deck boards, like we did on the main part of our deck, you have to put in some blocking underneath so the ends of the deck boards land on a piece of wood. 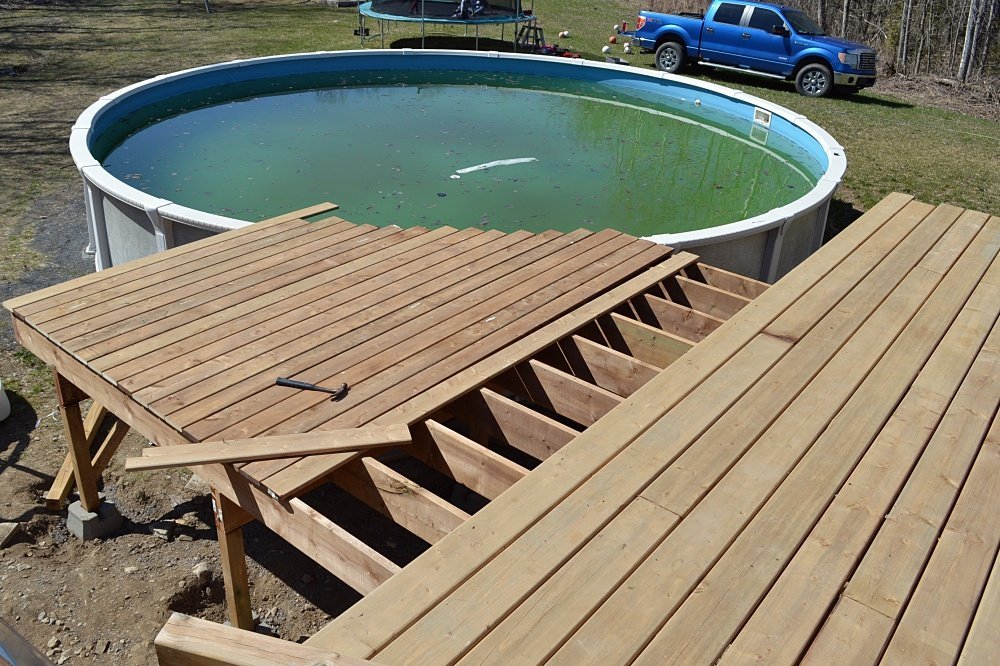 Tools you will need

A miter saw is the quickest way to cut your deck boards down to the right length. You can also leave the boards hanging over the edge of the deck, and cut them down later using a circular saw. 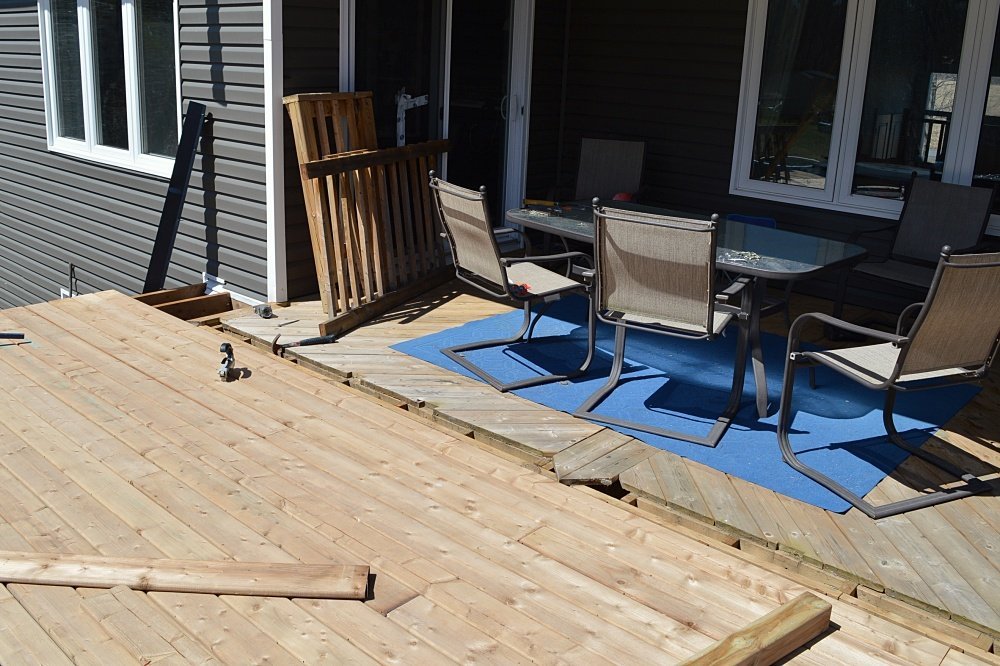 The most important tool you’ll need is a cordless drill You use this to screw the deck boards to the joists. You should use galvanized deck screws, and put two screws at each point where the deck board crosses a joist. 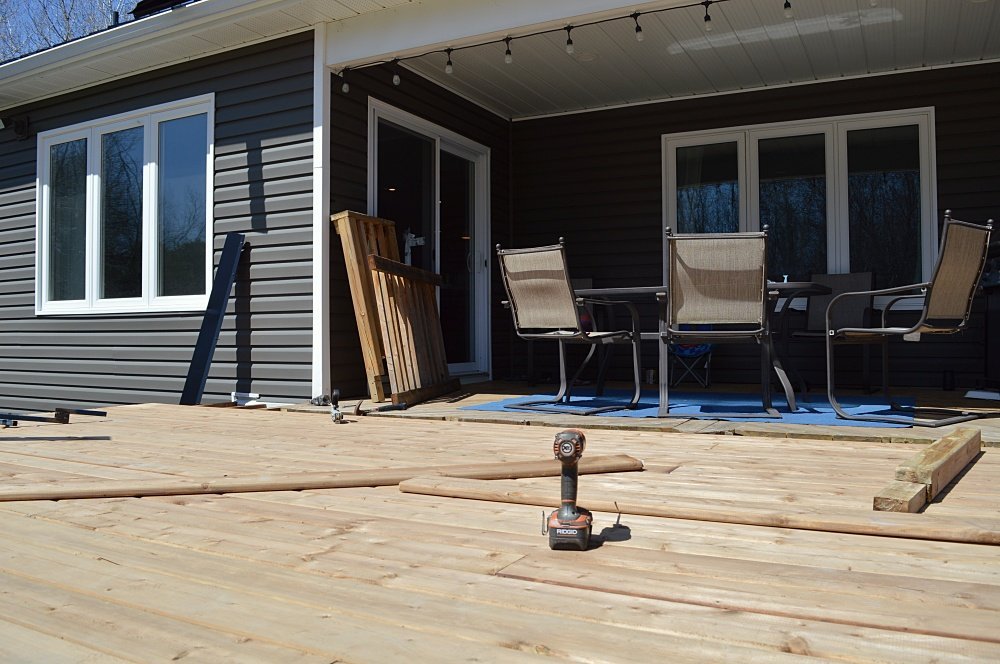 We bought a new tool to install our deck boards – the camo fastening tool. Using this tool, you can put the screws in on the side of the board so there are no visible screw holes on the board. There is a built in spacer in the tool so all the boards are the same distance apart. This tool worked great to hide the screw holes, except that after a few weeks the deck boards start to shrink, and now the spacing is a little wider than we would like. 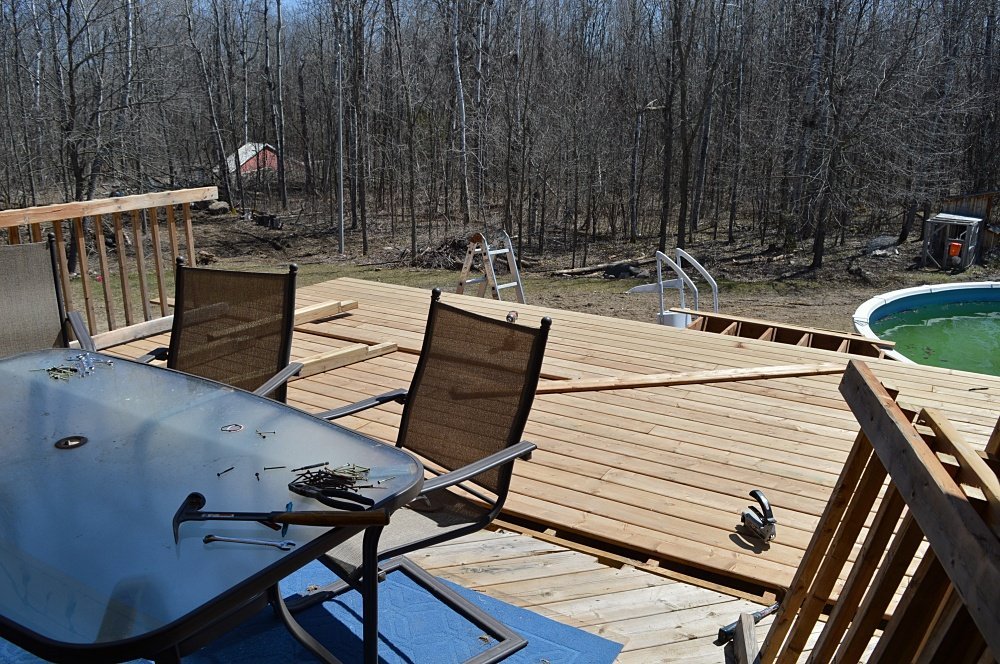 Deck boards start to warp when they dry out and don’t always lay straight. You can use a deck board bender to pull each board tight to the previous row. 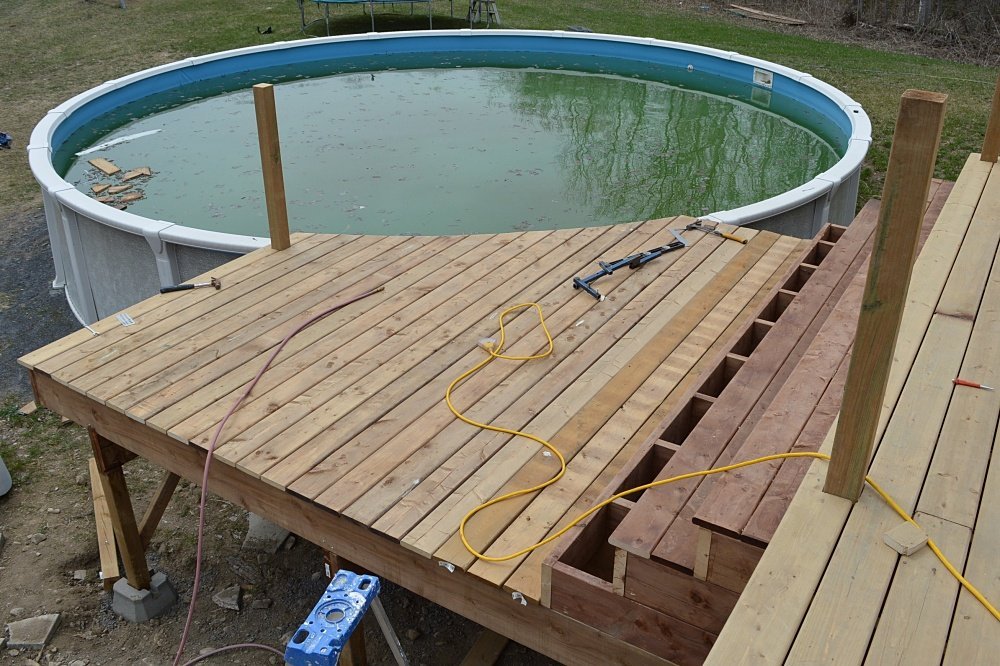 Another handy tool is the circular saw. Like I said before, you don’t have to cut down all your deck boards. You can leave them extending over the edge of the deck, then cut them down using a skill saw. We also used the circular saw to cut a straight edge along the existing deck. 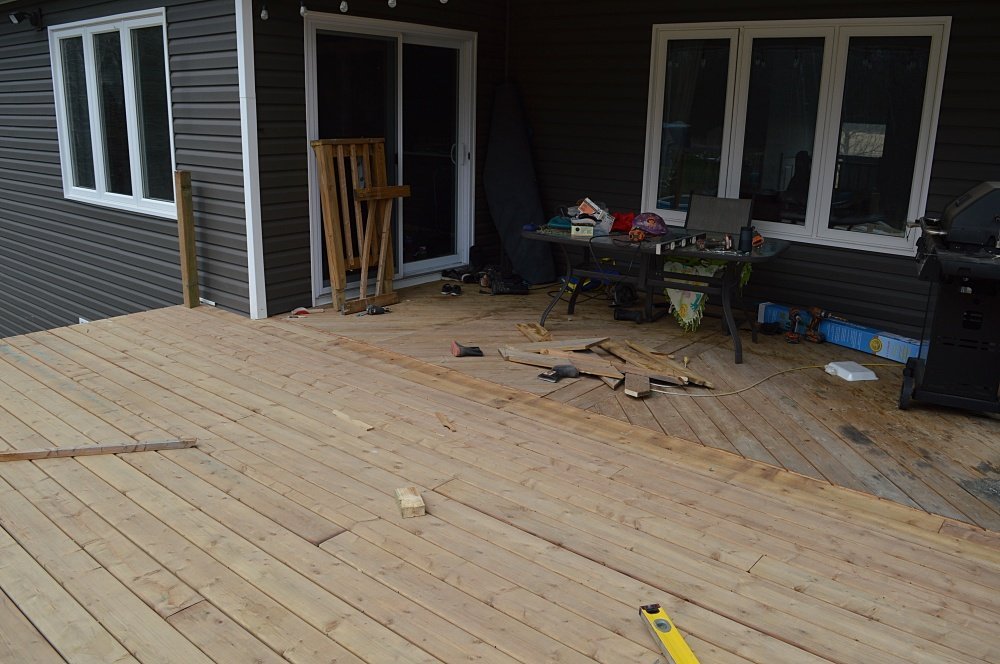 Next week is the railings. We are getting closer to a finished deck!

Previous Post: « How to frame a deck – posts, beams and joists
Next Post: How to build deck railings and deck stairs » 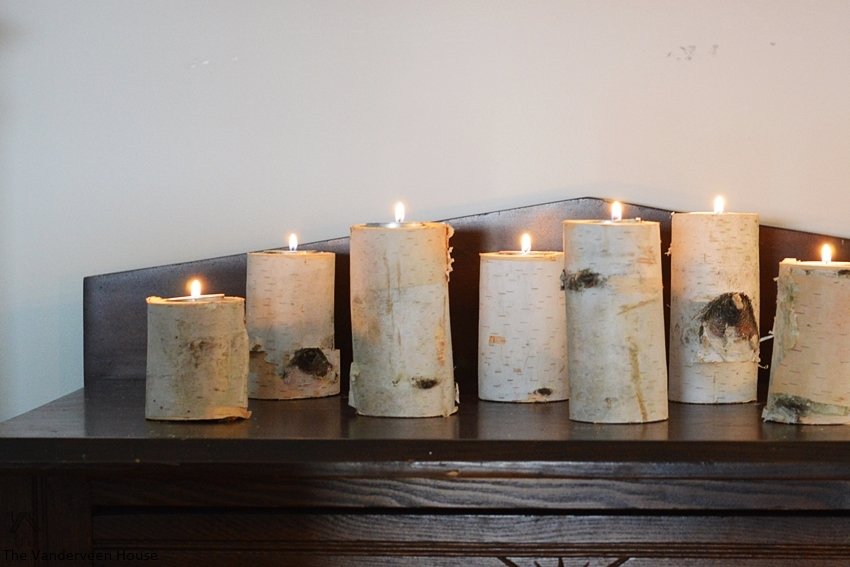 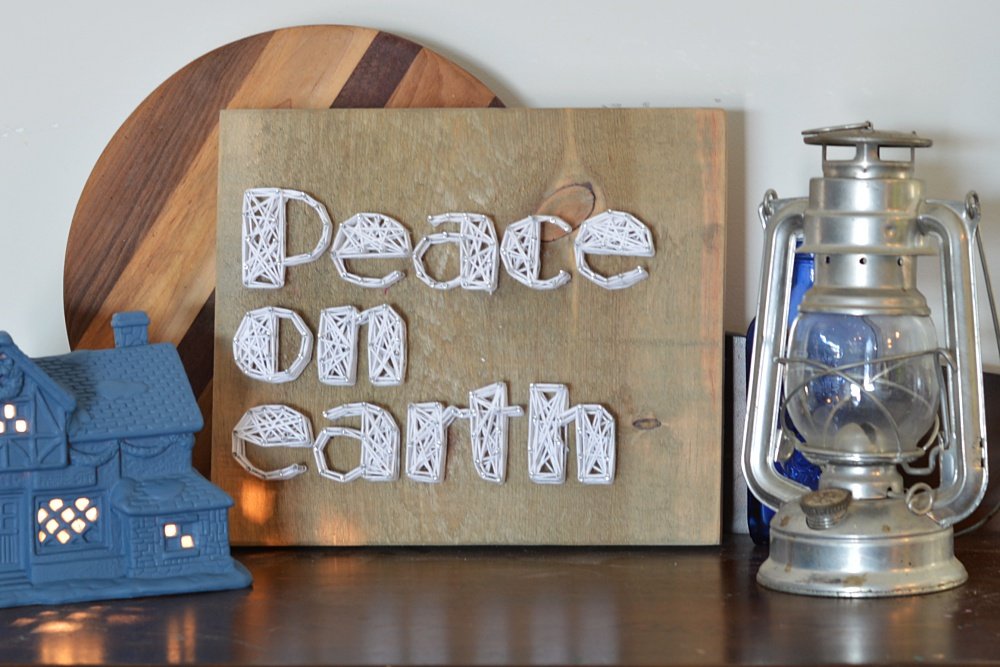 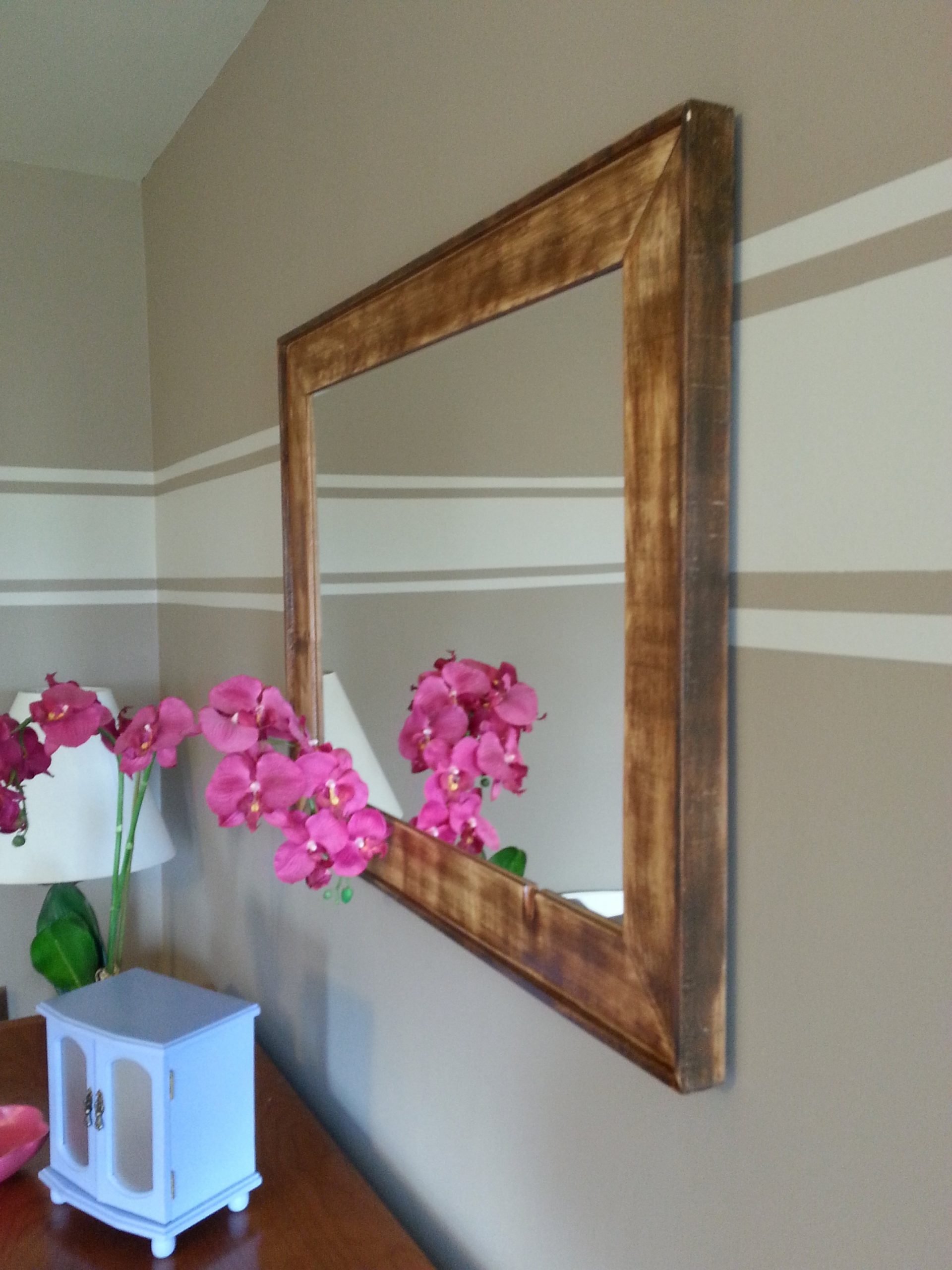 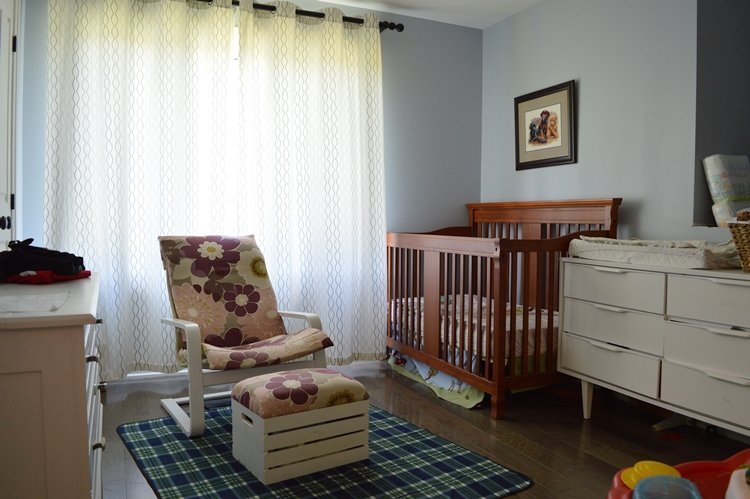 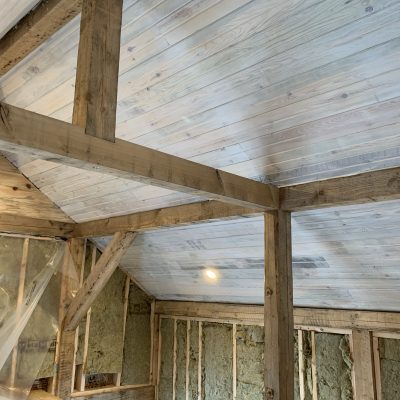