Last time in our deck building project I shared some tips for installing deck boards, plus a list of all the tools to use. This week I’m writing about how to build deck railings and deck stairs.

We decided to go with a pretty simple pressured treated railing, consisting of the posts, rails, spindles, and top. Here is how to build your own deck railings:

We used 4″ x 4″ pressure treated lumber for our railings posts. We decided to build all the railings 42″ high, but cut the posts about 8″ longer than that. This was so we could sink the posts down into the deck framing. Tony cut a 3.5″ by 3.5″ hole in the deck boards (because lumber is actually smaller than it’s name), sunk the posts into the hole, then bolted them to the deck joists making sure they were level in both directions. 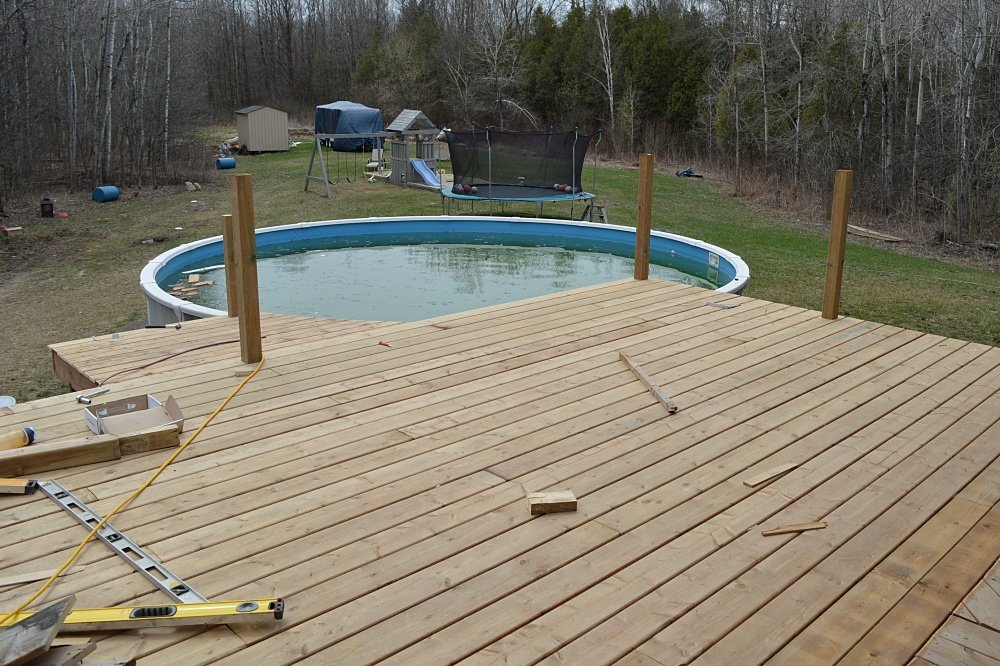 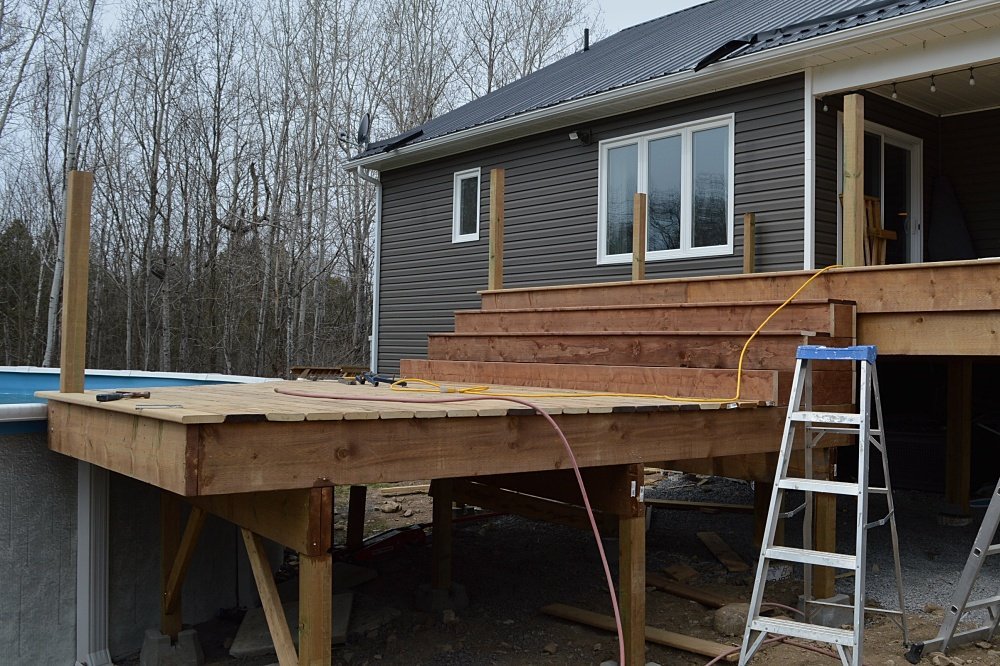 Once the posts were installed, I used pressure treated 2″ x 4″s for the top and bottom rails. The top rails are in line with the top of the posts, and the bottom rails are 3.5″ above the deck. I screwed each rail to the posts using 3″ deck screws. 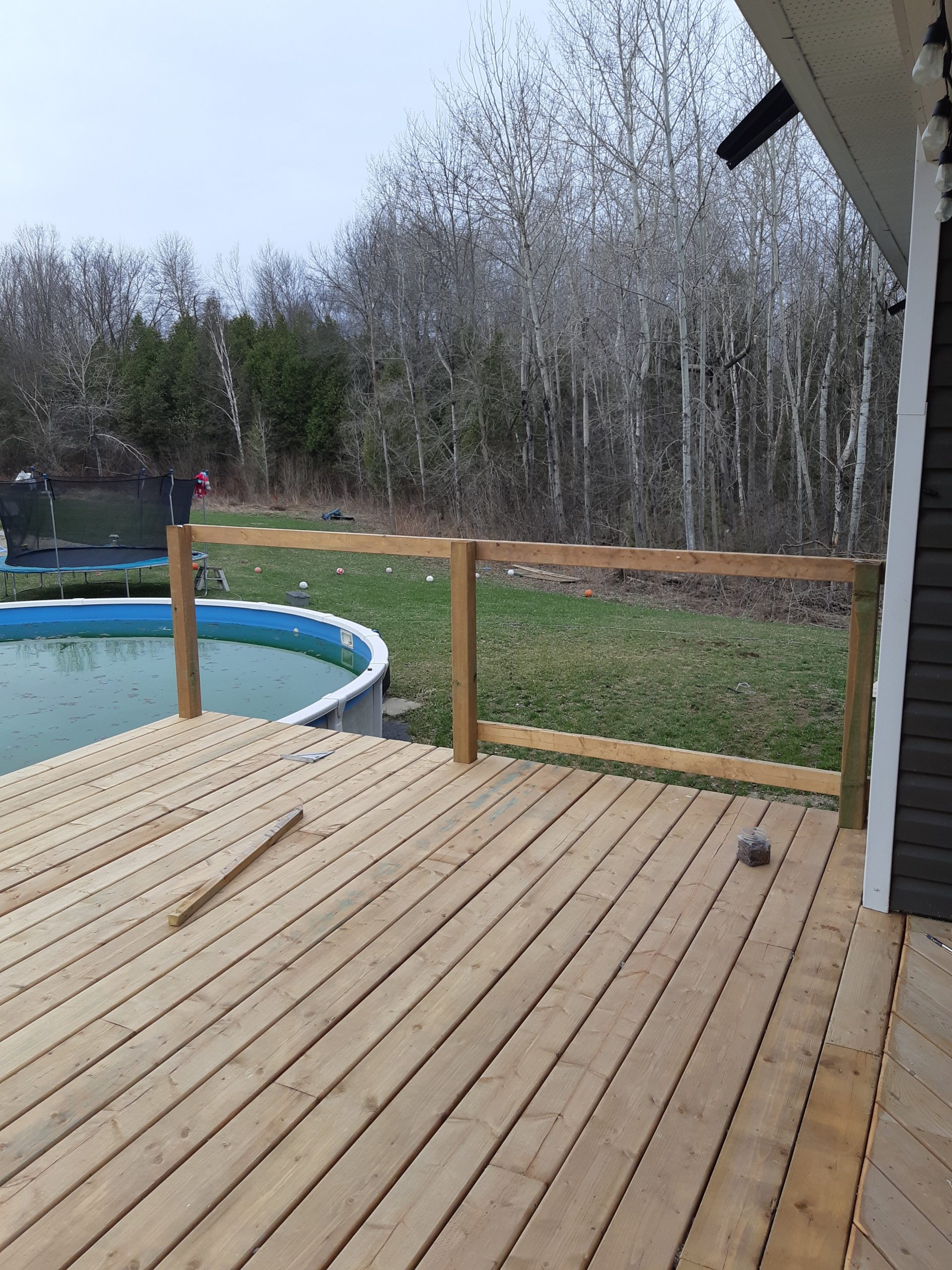 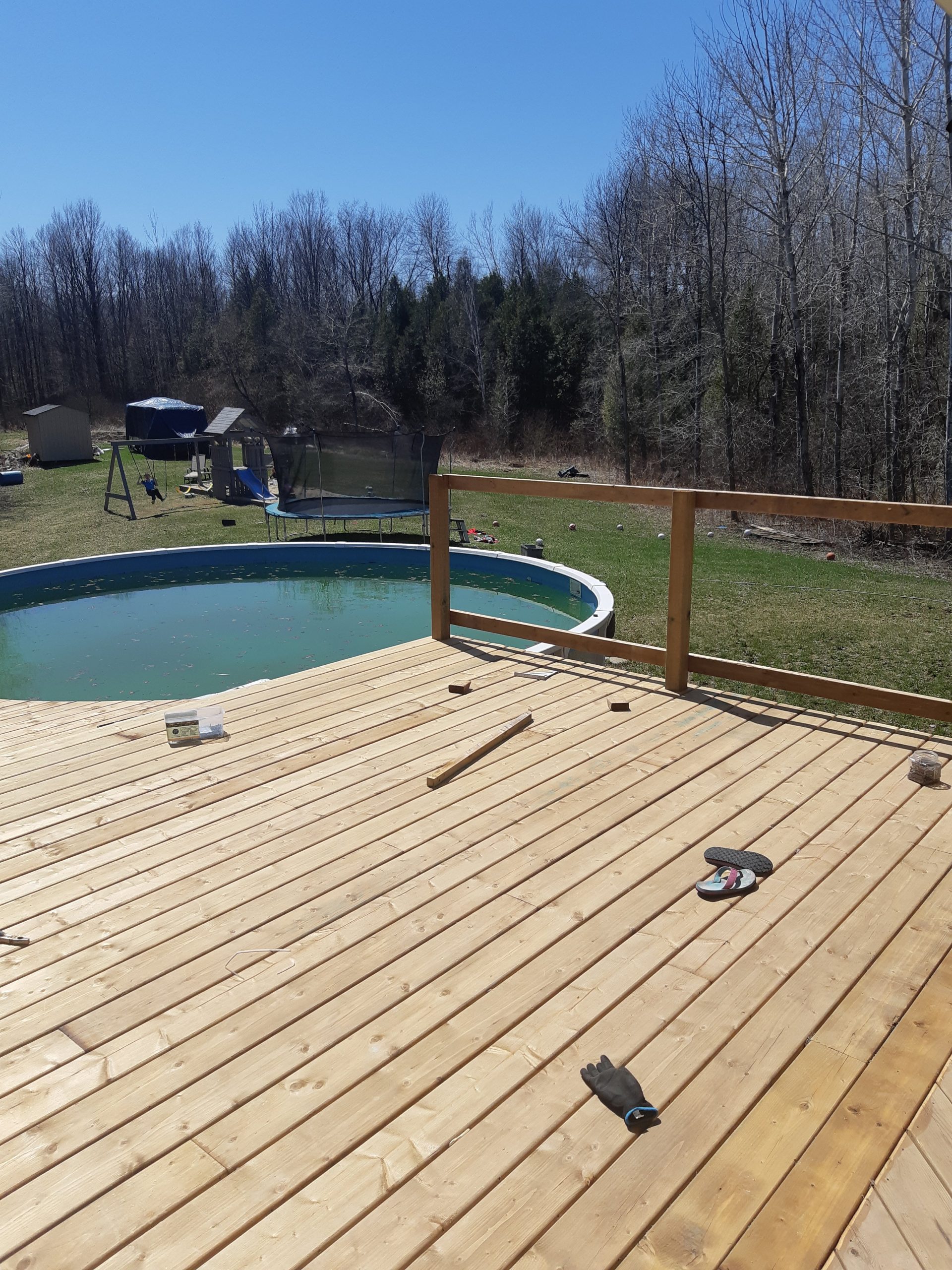 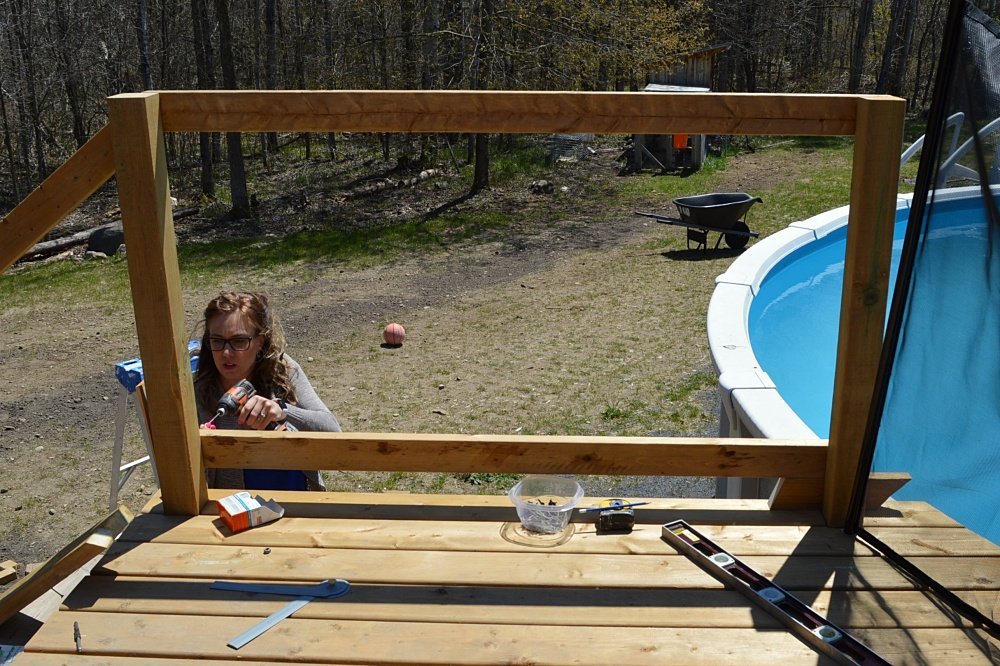 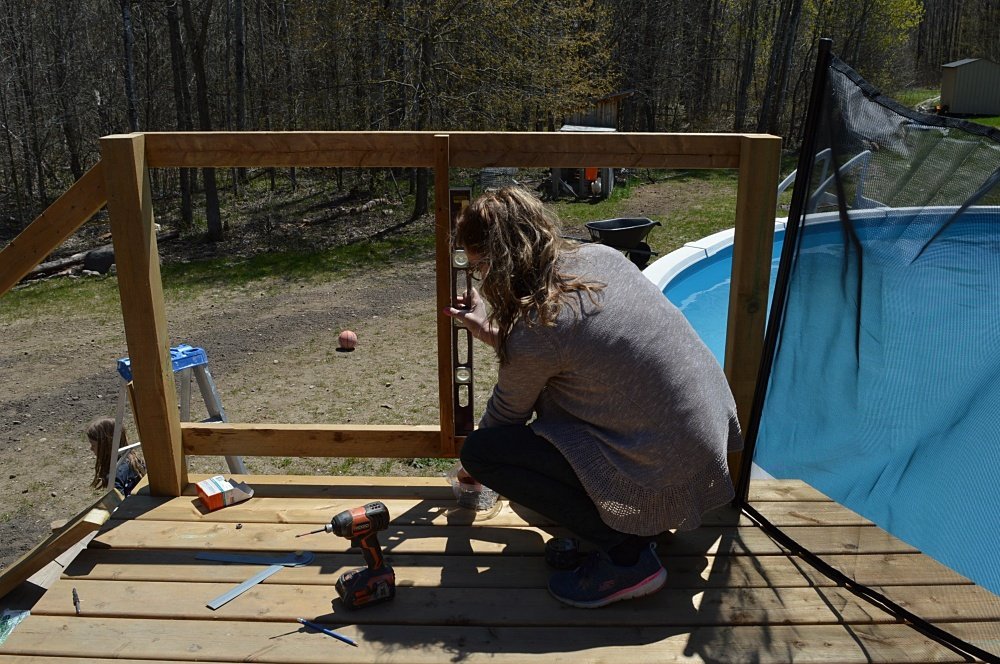 The railing top is made from a 2″ by 6″ piece of pressure treated lumber. Just cut the board down to the right size, and screw it into the posts and the top rails. 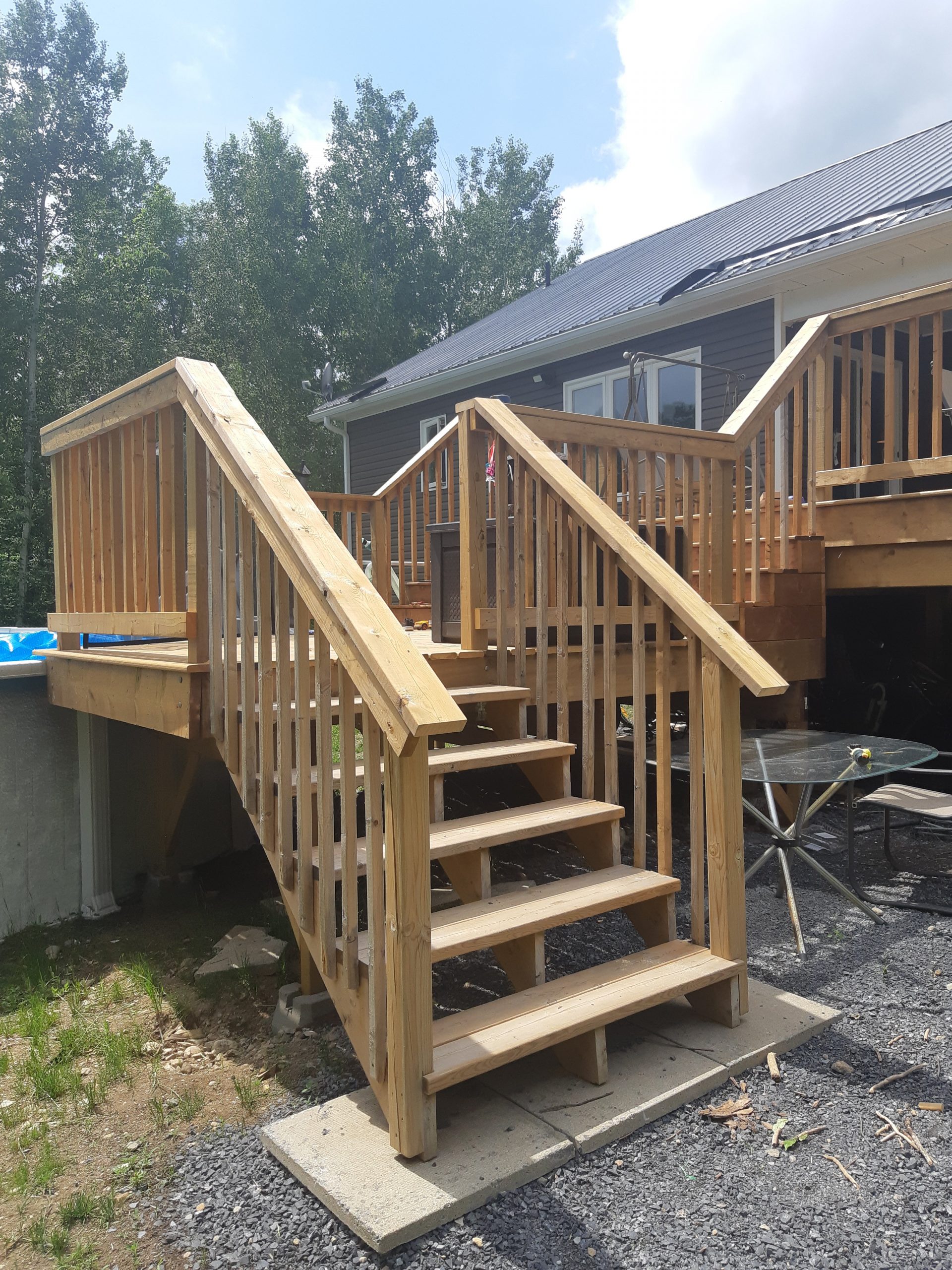 For the bottom set of deck stairs, we reused the stairs that I built a few years ago and just cut them down to the right height. If you want to know how to build deck stairs, read this post. 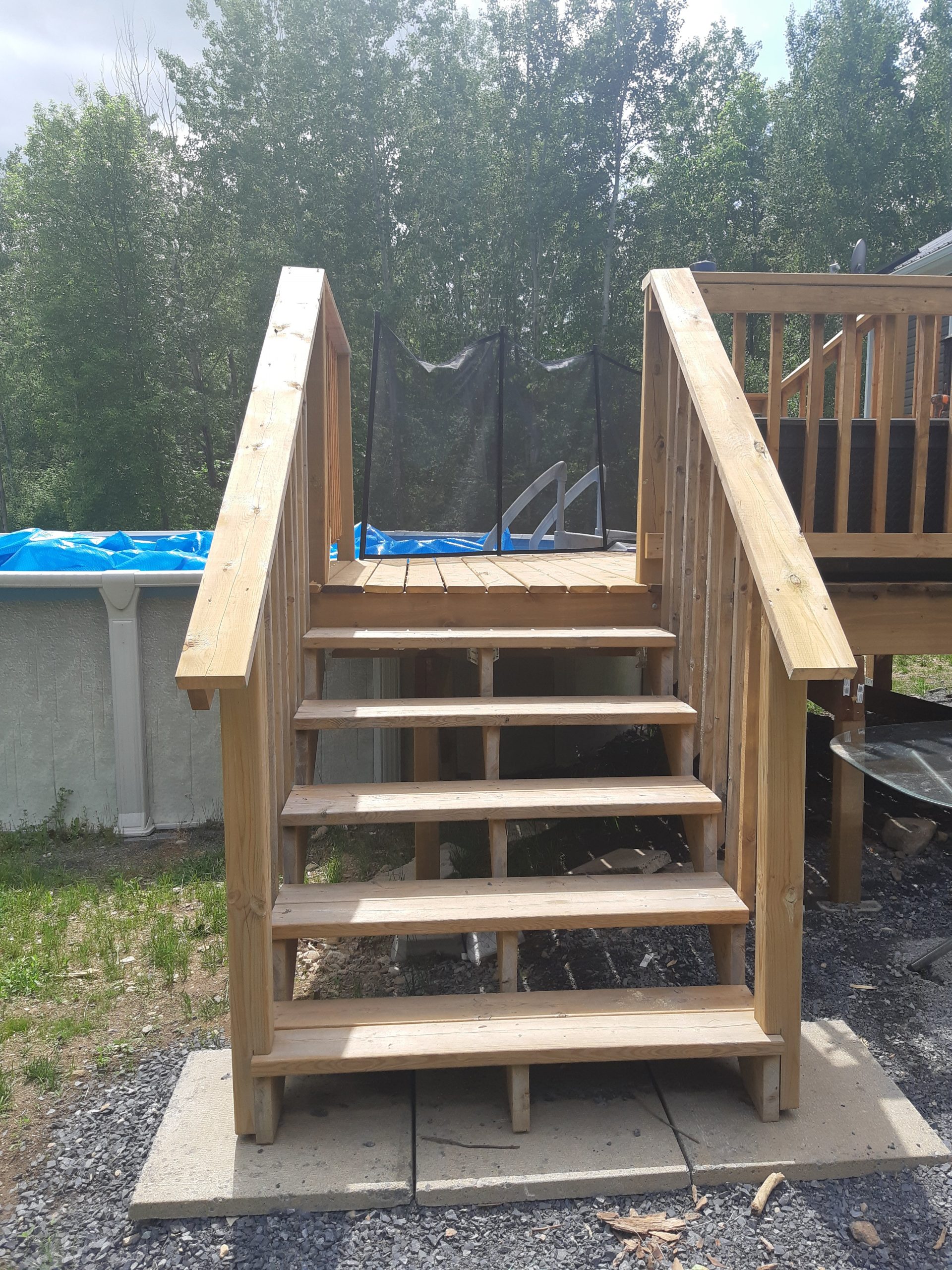 For the transition stairs between the upper deck and lower deck, we decided to do wide deck stairs. Tony basically built three boxes – the lowest is 30″ deep, the middle is 20″ deep, and the top step is 10″. Then were were able to put two twelve foot deck boards on each box to make sturdy steps. Two deck boards together are 11″, so each step has an overhang of 1″. 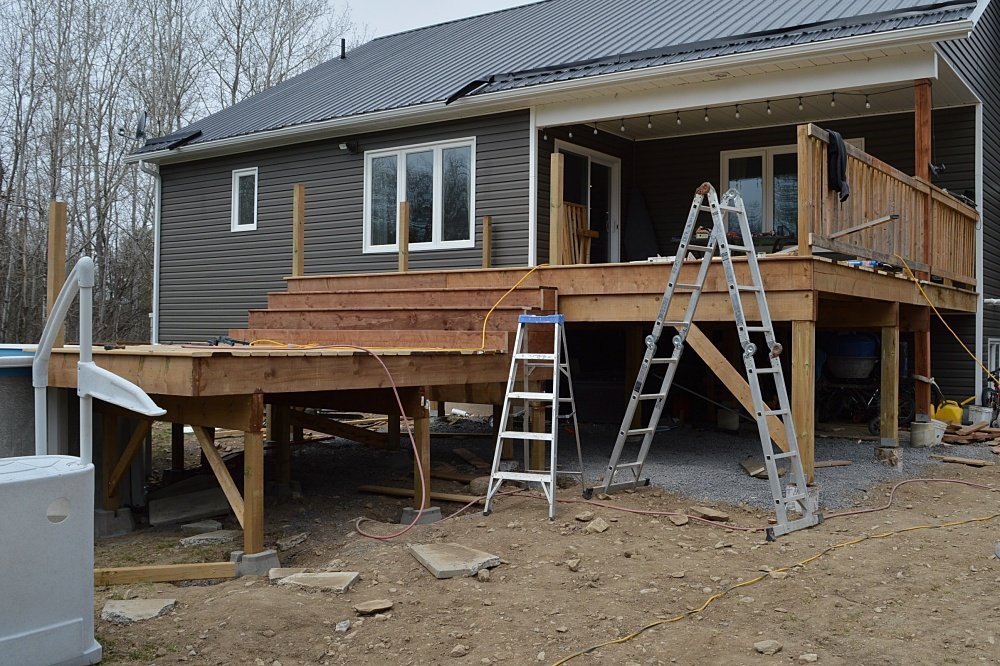 That is basically it for our deck building project. Next week I’ll share with you my building plans for a DIY outdoor sectional, and the week after that will be the final deck pictures with a summary of the entire deck build

Previous Post: « How to install deck boards
Next Post: How to build a DIY outdoor sectional couch » 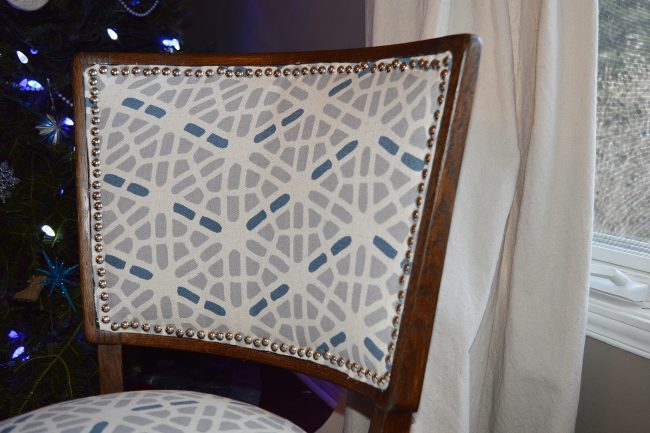 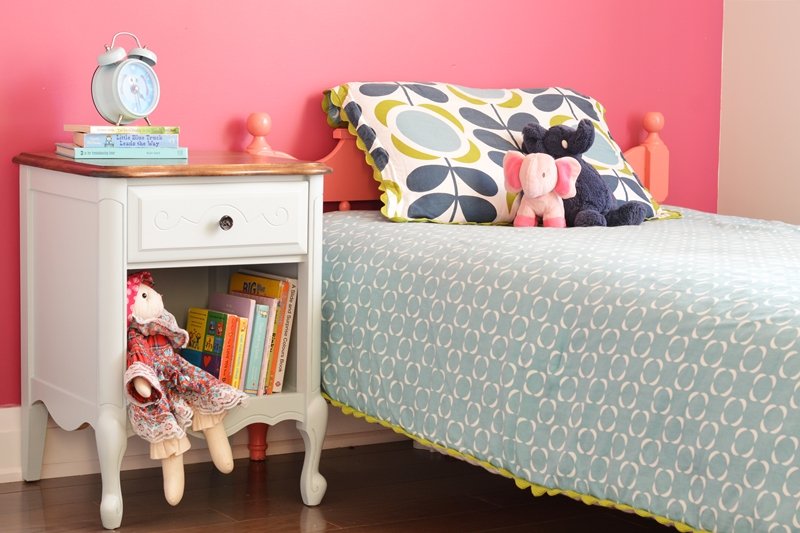 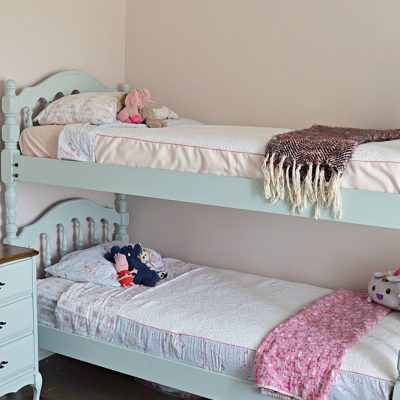 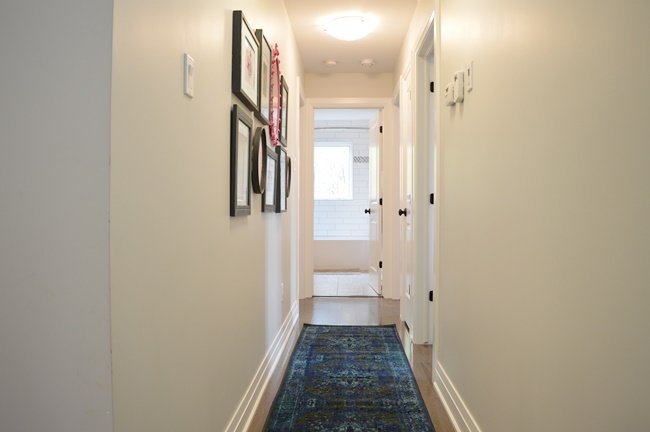 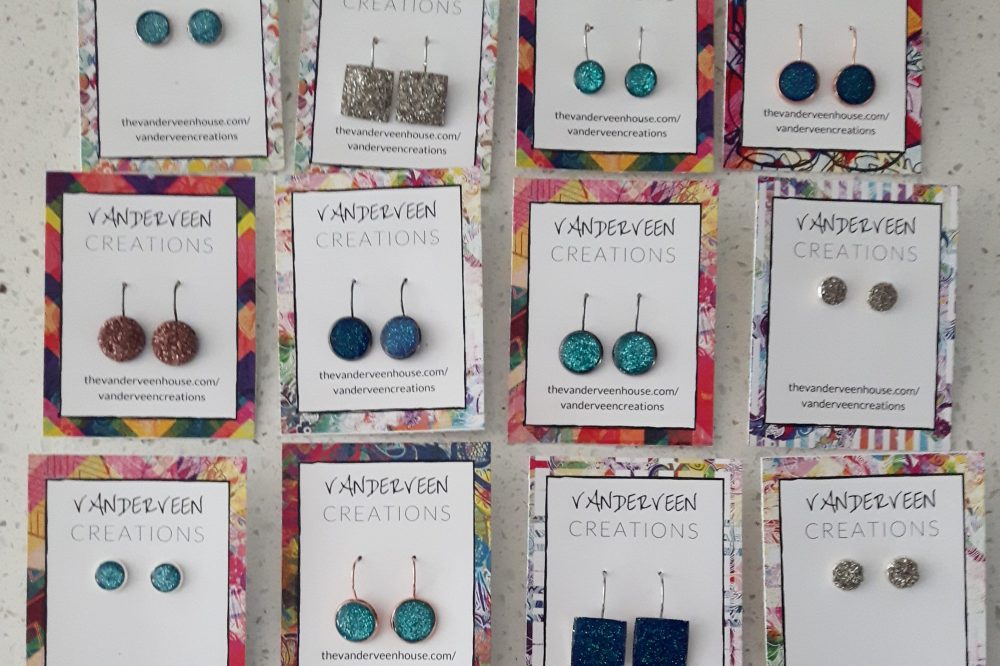