Home » DIY Projects » Before and after swing set makeover 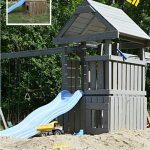 This swing set makeover started as an idea I had while mowing the lawn. When I mow the lawn I like to make it as easy as possible, and have as few things in the way as possible to mow around.  Which also means less whipper snipping (or not whipper snipping, and having weeds grow wild).  So I decided that I’d move the sandbox that we had in a separate location and build it into our existing play structure. That would mean a few less things to mow around and make the backyard play area a little more cohesive. But the main thing that needed done was cleaning up the swing set! 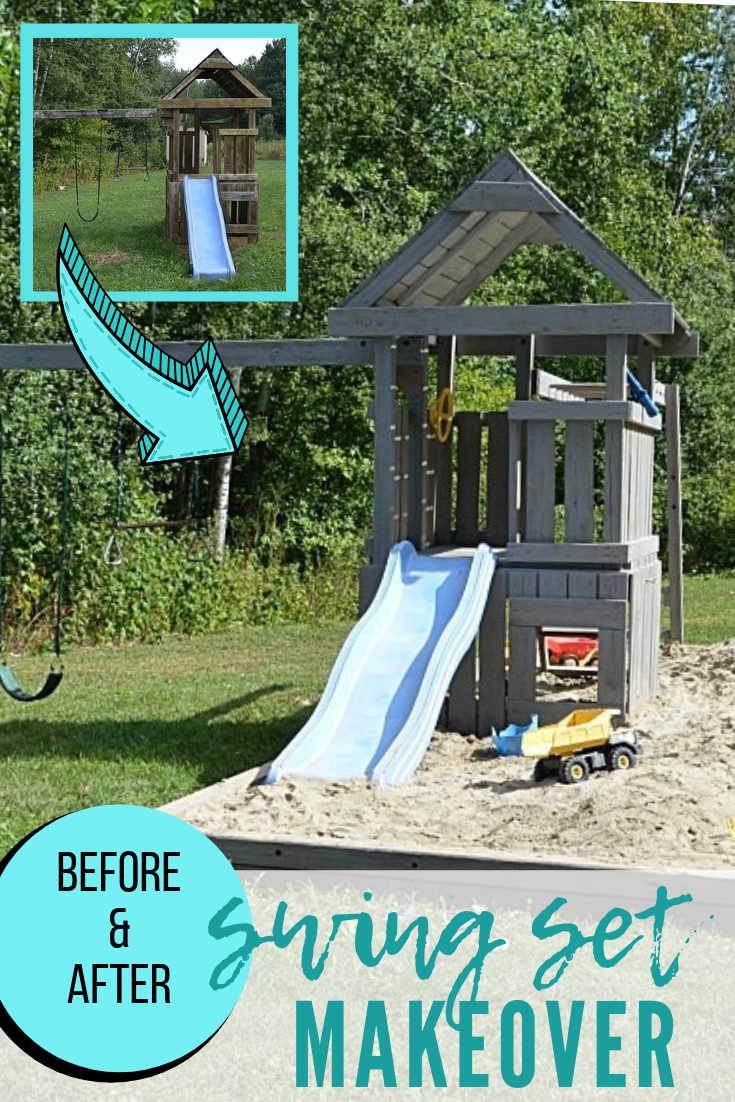 Let’s take a good look at the play structure, from every angle, with all its dirt and grime and neglect. We bought this play structure for $100 used. It served us well for the last few years, but it just looked tired and dirty. 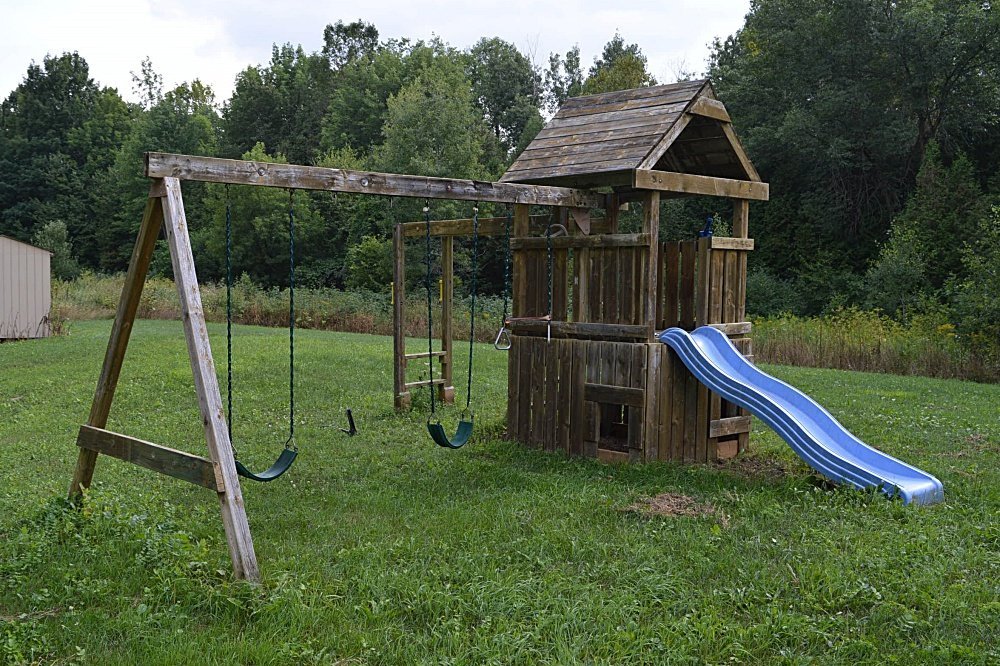 I picked a week in the summer to tackle this project when the oldest two kids were away at Grandma and Grandpa’s. I thought it would be a fun surprise for them when they came home. Isn’t it a treat when you have less kids around so you can get some projects done? 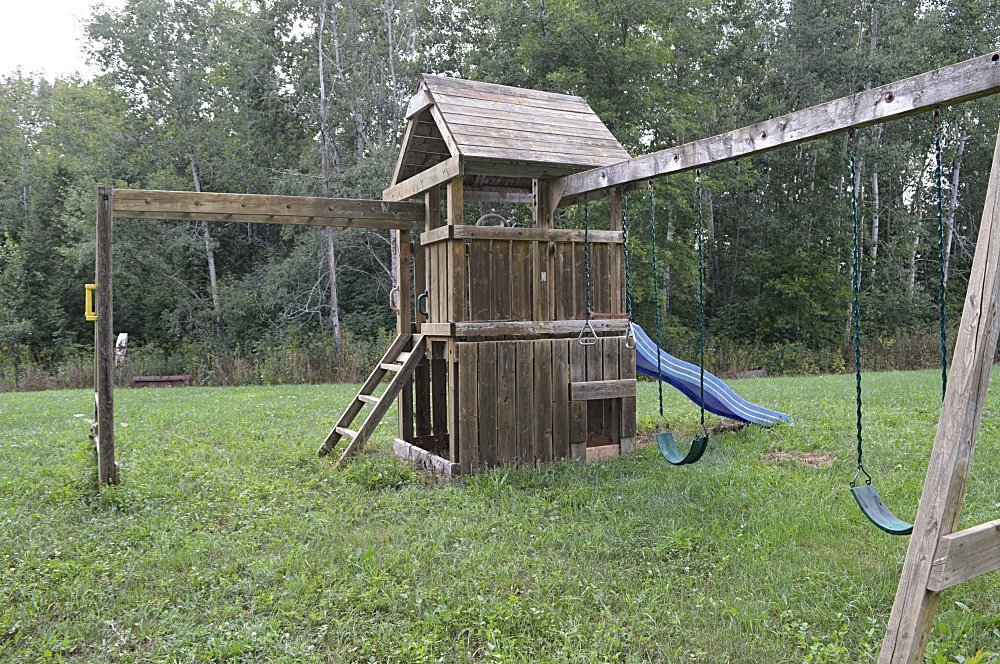 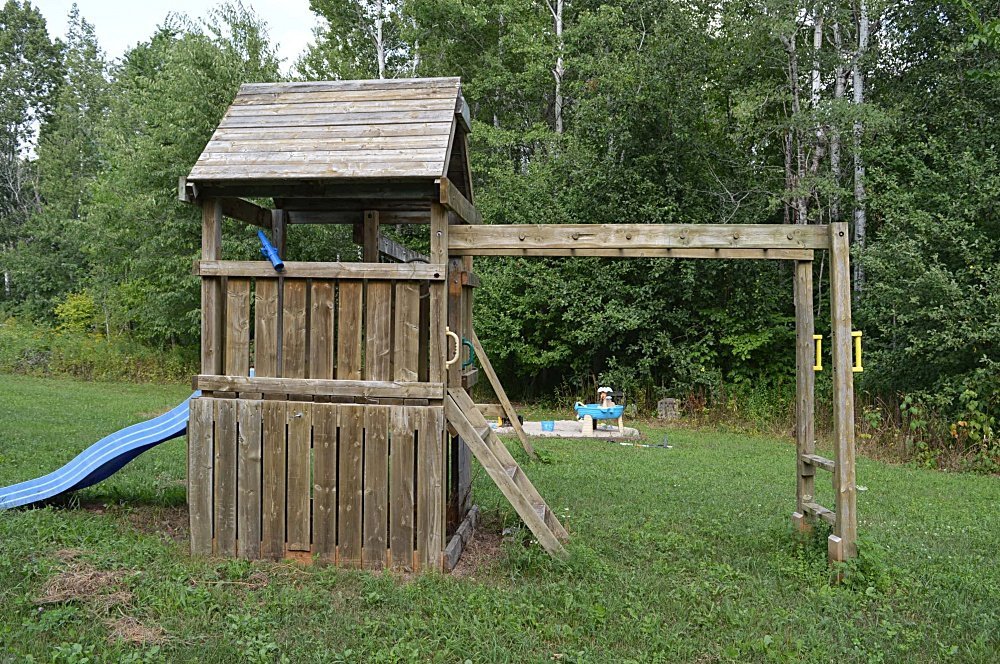 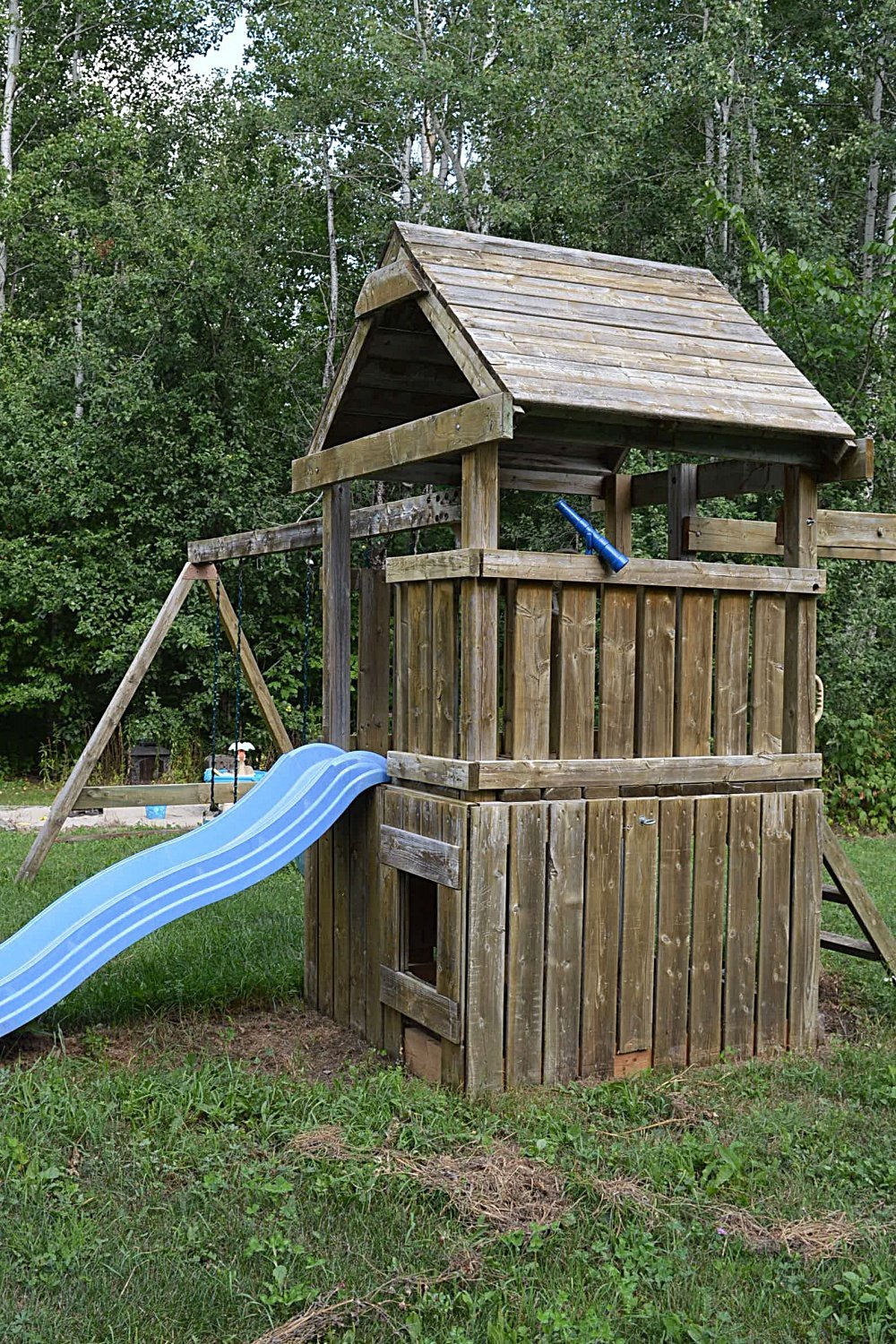 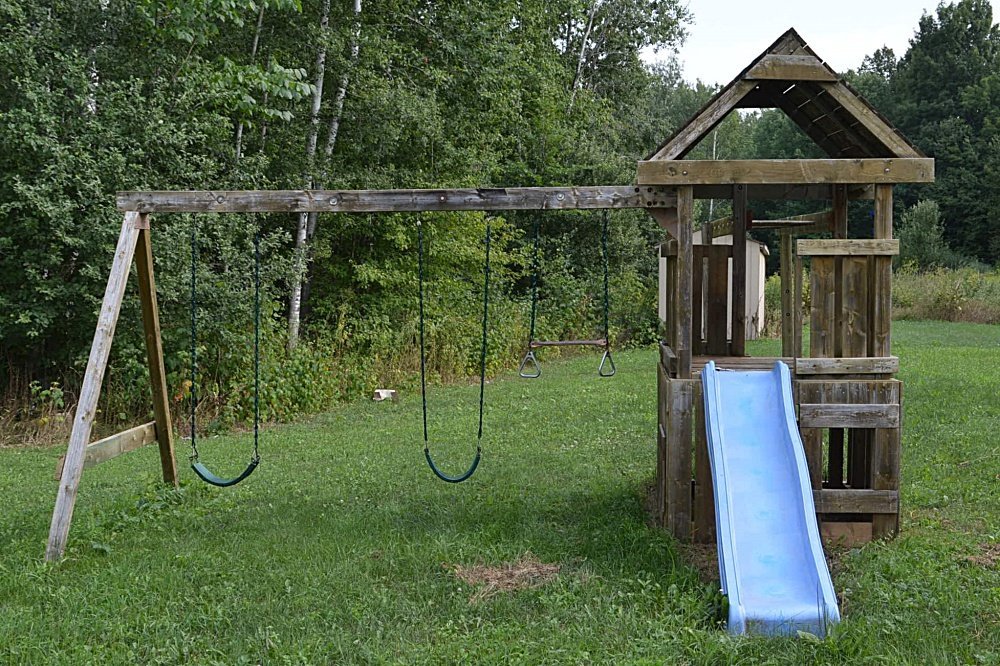 The first thing I did was pressure wash the entire play structure. It made such a huge difference! I had to go over each area a few times, but you could just see the grime being stripped away. Pressure washing is very rewarding, and I had a bit of fun with it as you might have seen from my Instagram post. 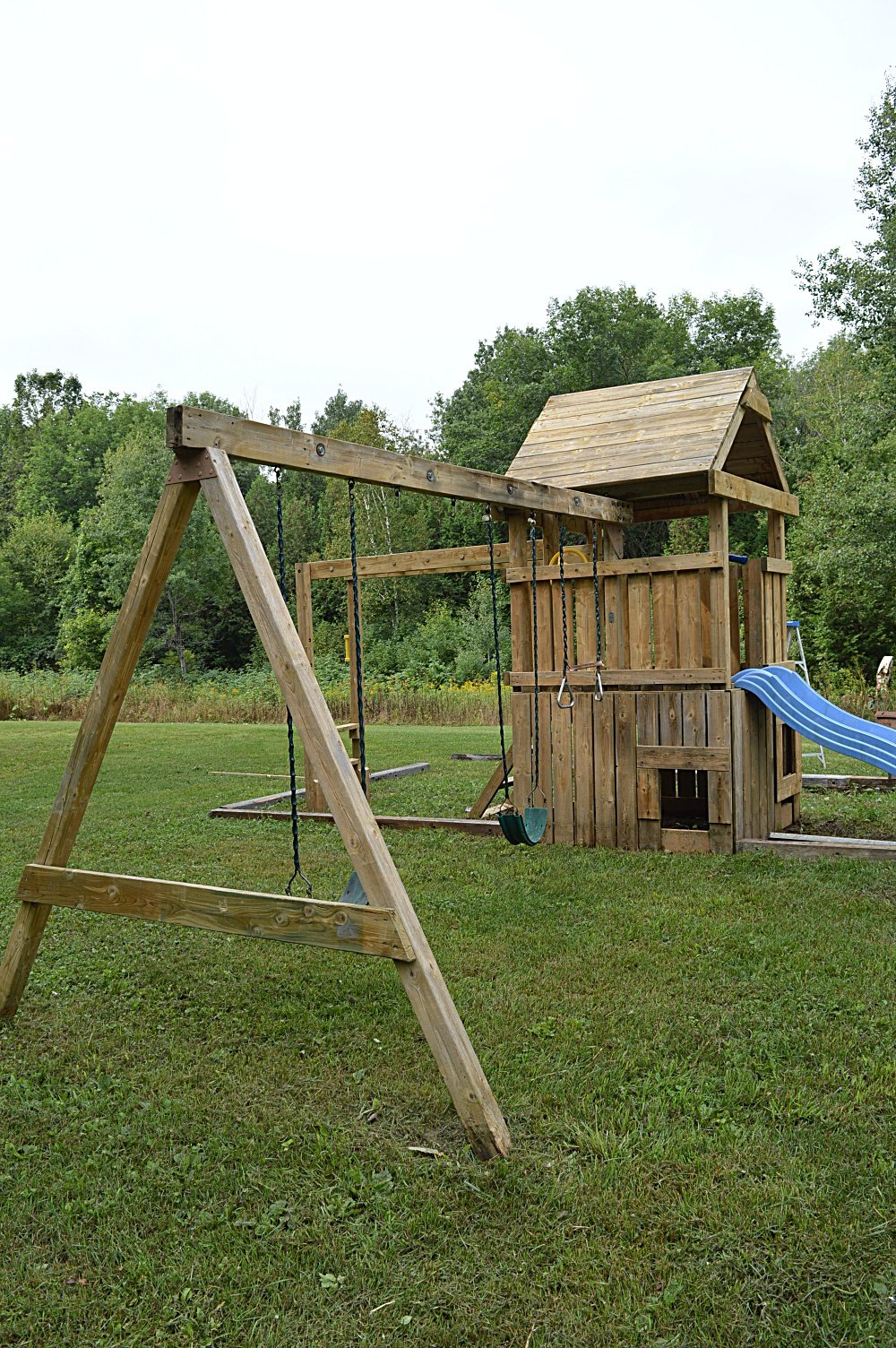 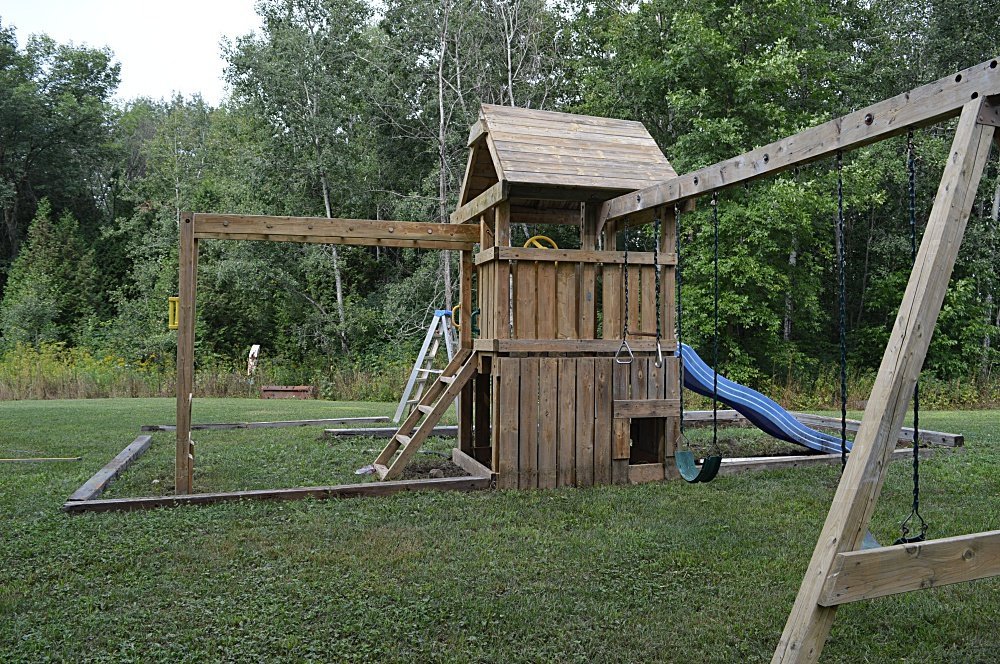 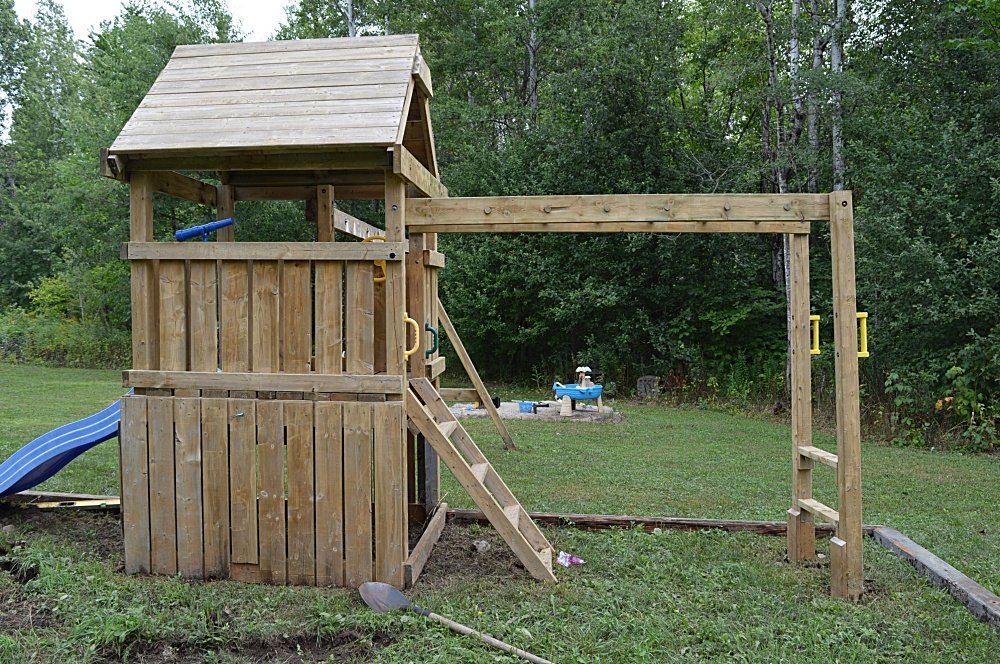 The kids thought I had painted the steering wheel because it used to be grey, and now it’s yellow. No, that was just years of dirt.

I also started building the sandbox using hydro pole crossarms. I wanted the sand box to be nice and big so all the kids could have their own area to play, and deep enough so it would be more difficult for weeds to grow. 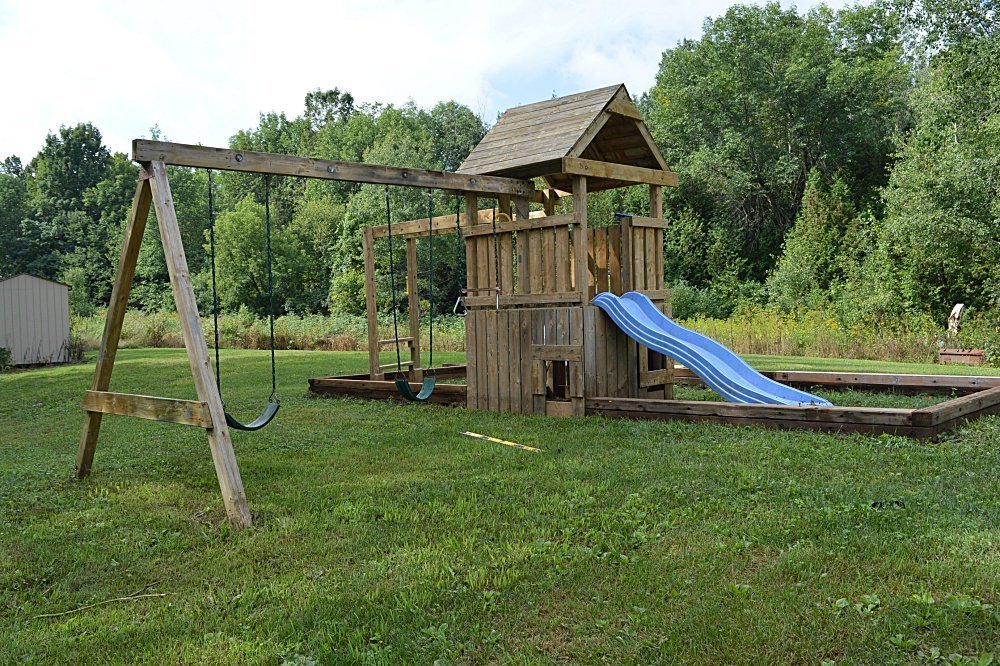 For the stain I used Behr semi-transparent wood stain in the color Stonehedge (not Stonehenge as I tried to order at the paint desk. I had Outlander on the brain, so it was an innocent mistake). I bought the waterproofing stain and sealer that’s guaranteed for at least 6 years.

For the flat areas, I used a deck staining pad, and a small chip brush for the hard to reach areas. The first coat looked pretty thin and I was slightly regretting my color choice, but after the second coat it really looked a lot better. It is semi-transparent stain, so you can see a bit of the wood through it, but I don’t mind the look at all. We didn’t want a really dark color because we were worried it would be too hot for the kids to play on, but this is a perfect medium grey color.

Doesn’t it look so much better??! 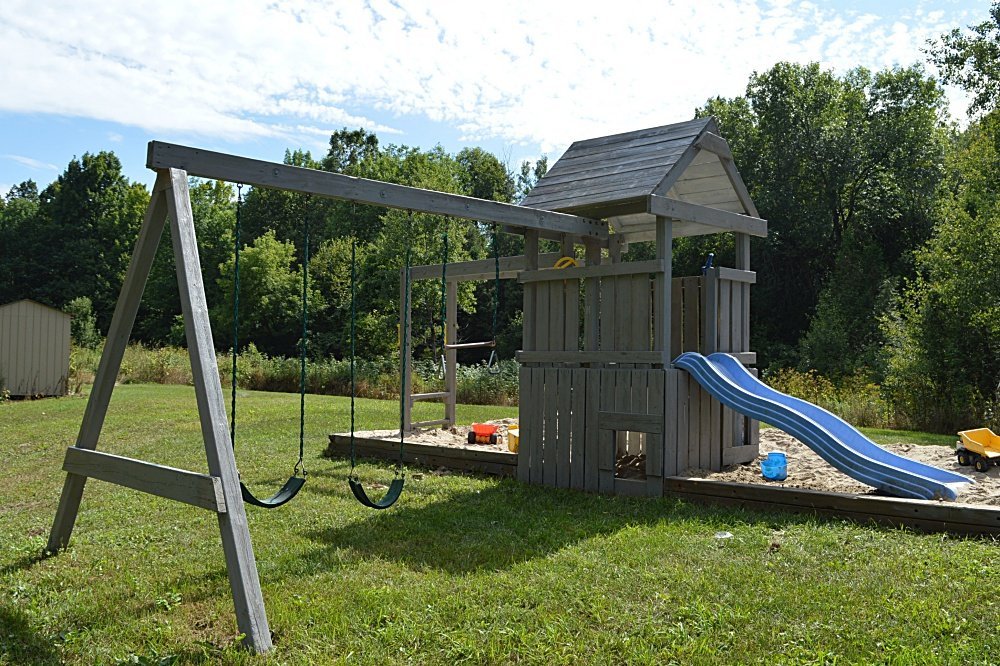 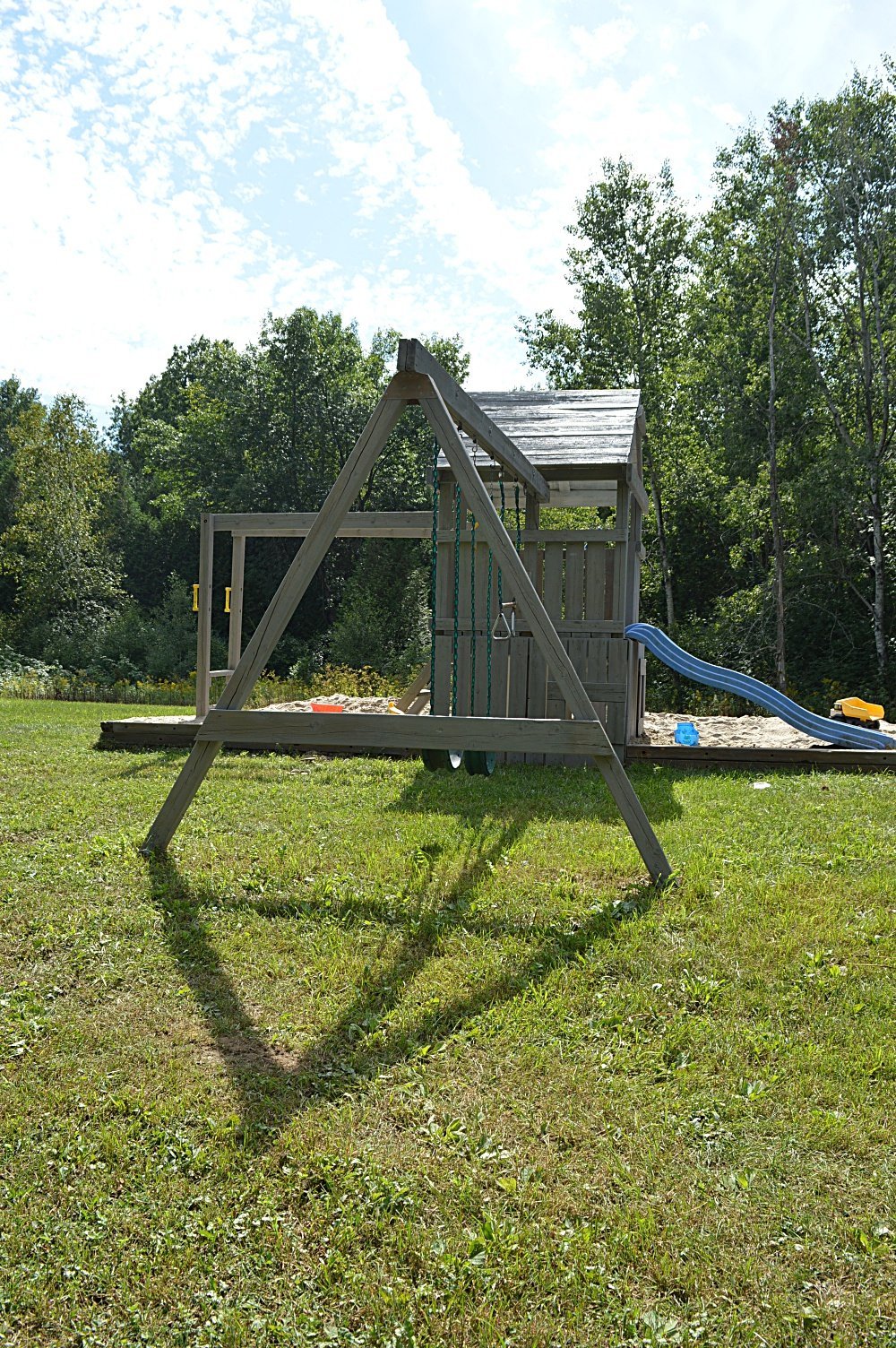 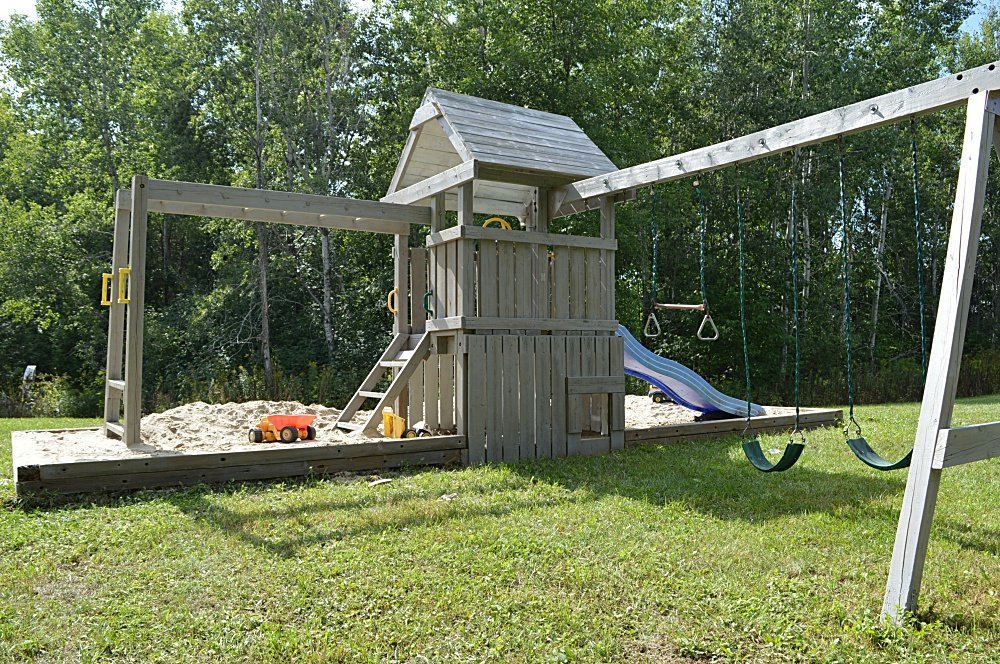 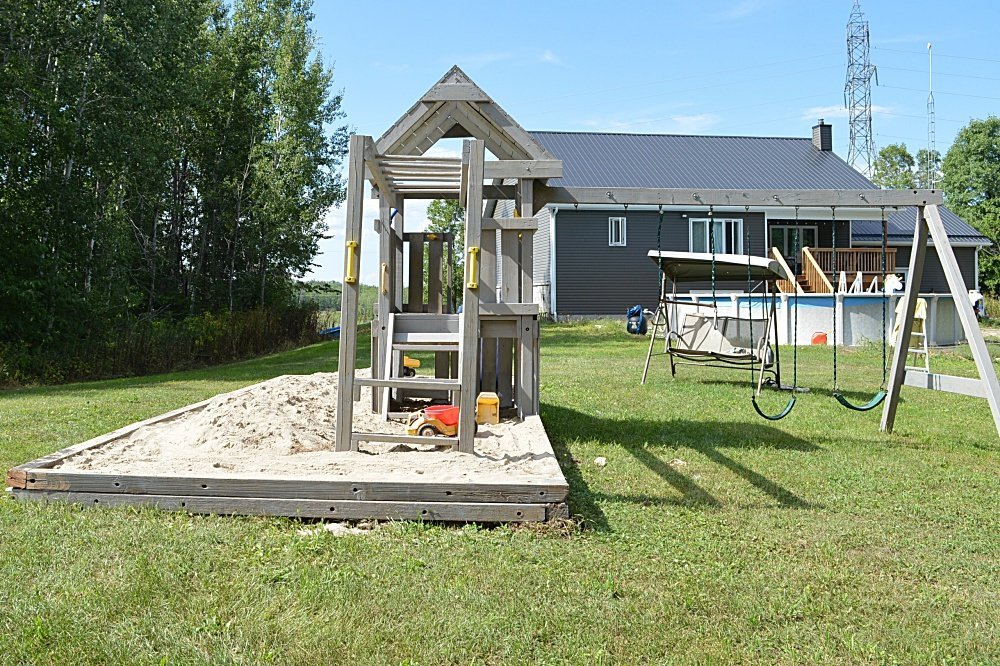 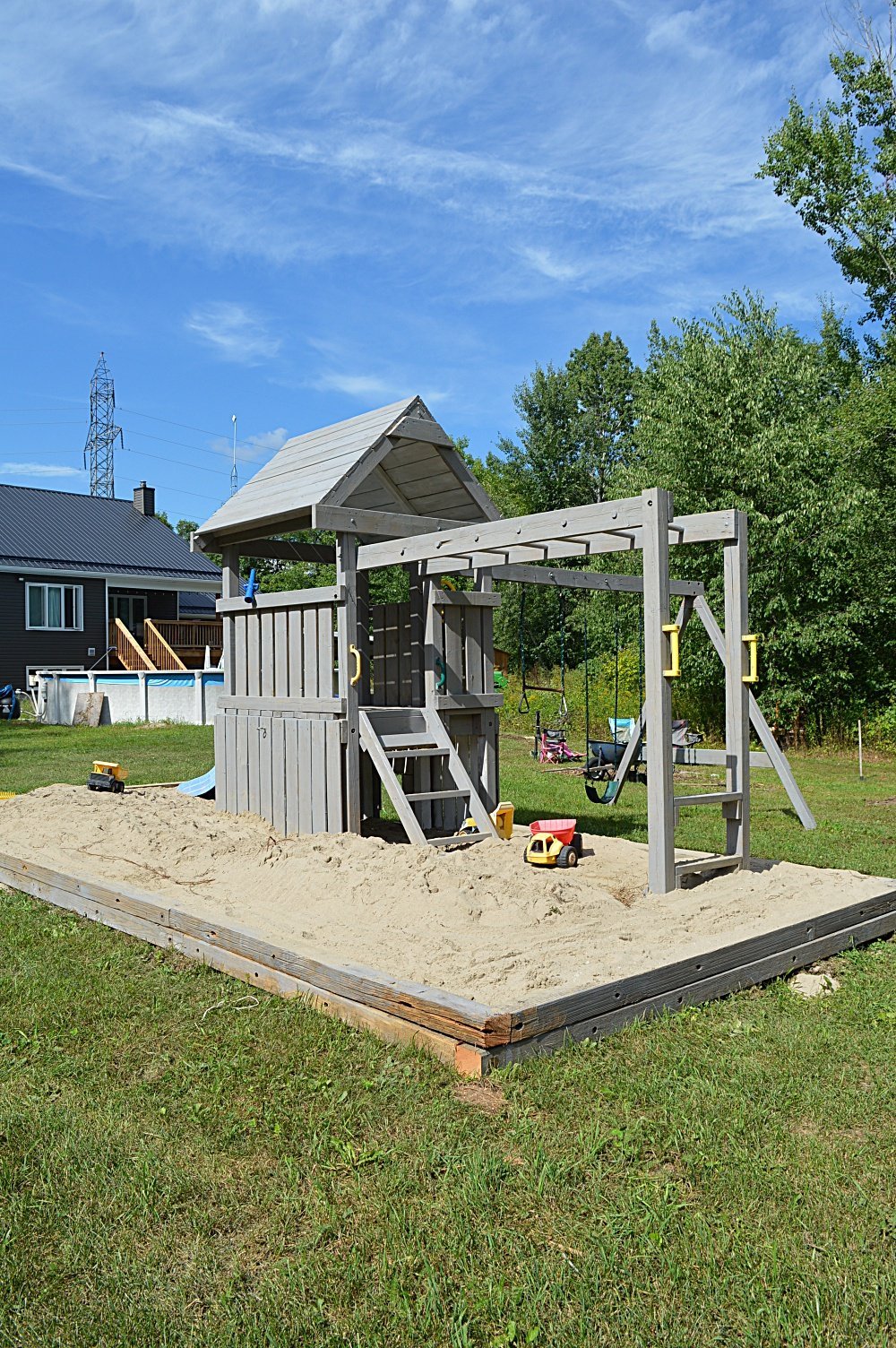 We filled up the sandbox with leftover sand from when we did the pool. It took me about 5 days for this entire swing set makeover, doing a couple hours of work each day. The total cost was less than $200 between two cans of paint and a few painting supplies. 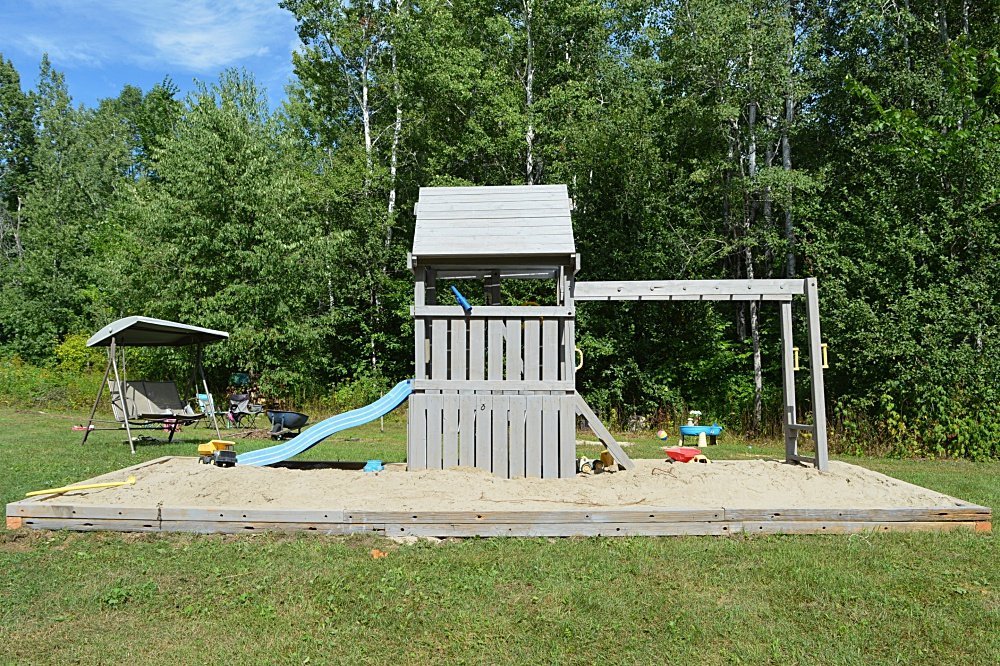 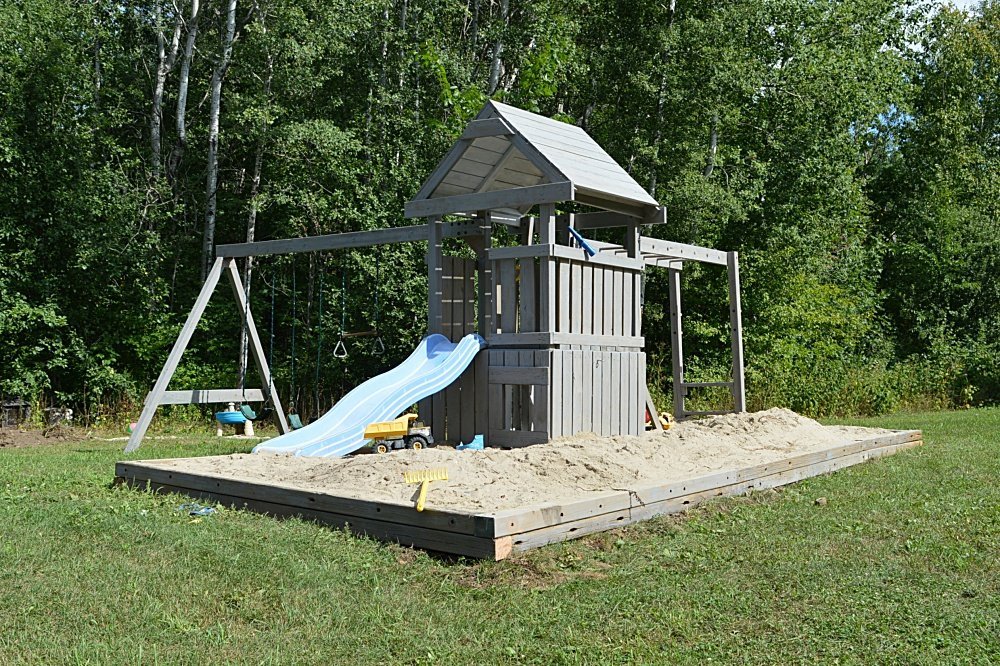 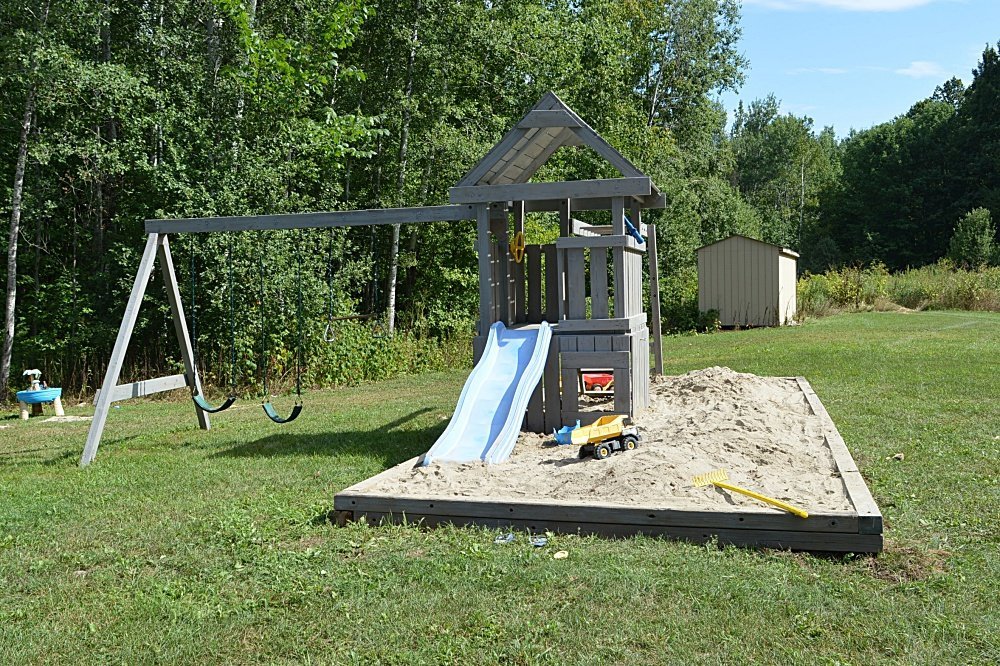 I also put up some rock holds to make a fun rock climbing wall on the one side (but of course I didn’t take a picture of that). I had hoped to buy a fun swing for the kids, but now that it’s the end of summer I think I”ll wait for that for next year. The kids love it and it’s great for them to have their own play area outside! 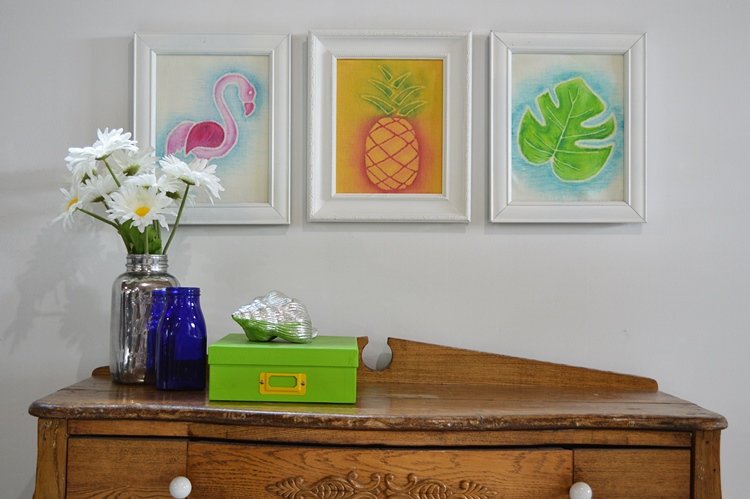 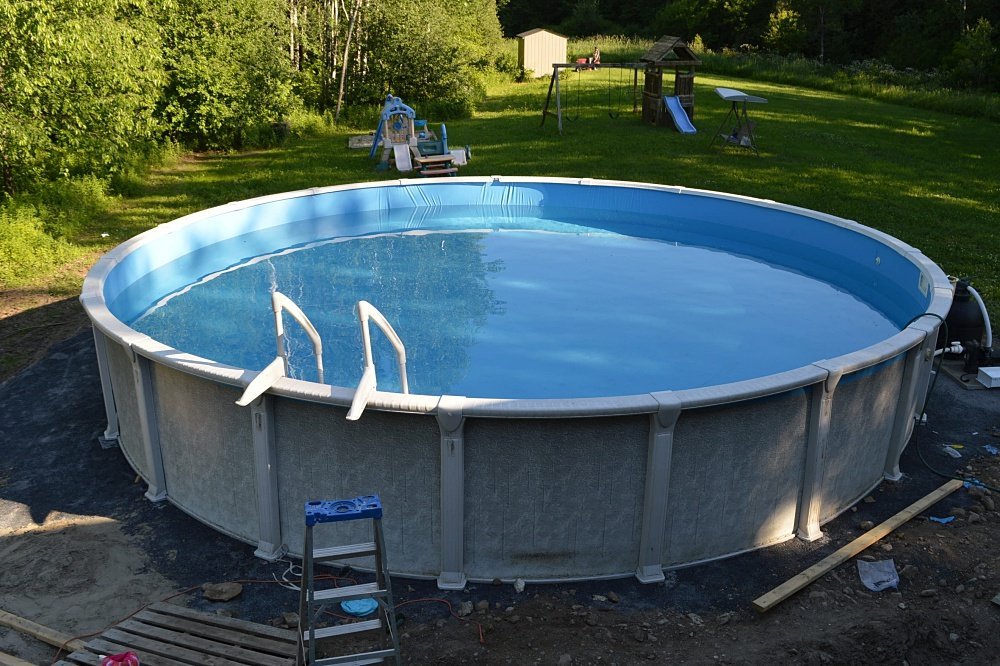 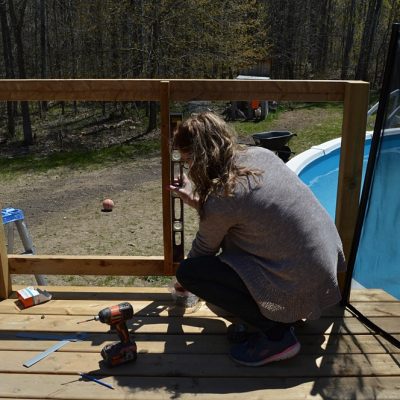 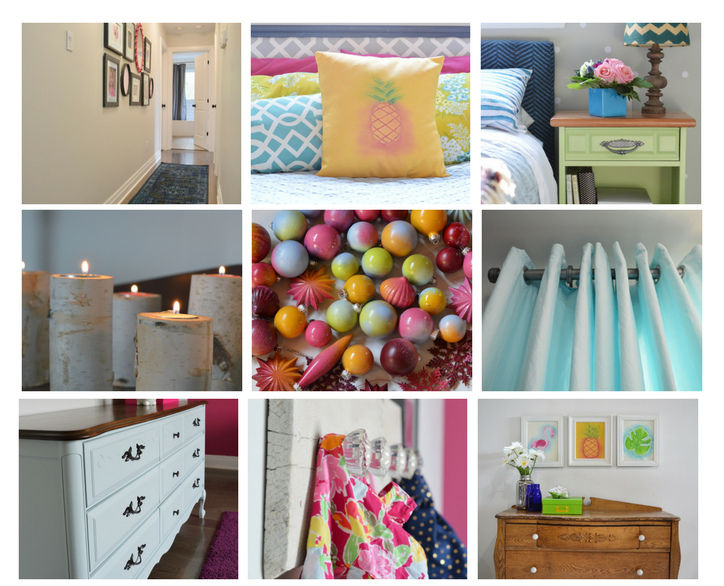 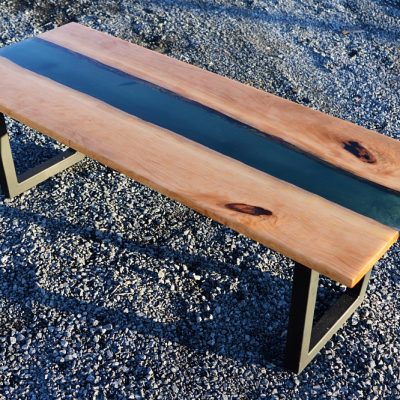