Just over a year ago we started building our raised bungalow on 30 acres of land in the country. Last fall and into the winter we finished off most of the major work on the inside of the house. This spring we have been focused on landscaping and growing grass around our house. A construction zone can be a muddy mess, and it takes a while to get everything looking nice. For us, landscaping around our new house includes finishing the final grade and getting topsoil, raking and removing any rocks, and growing grass from seed. 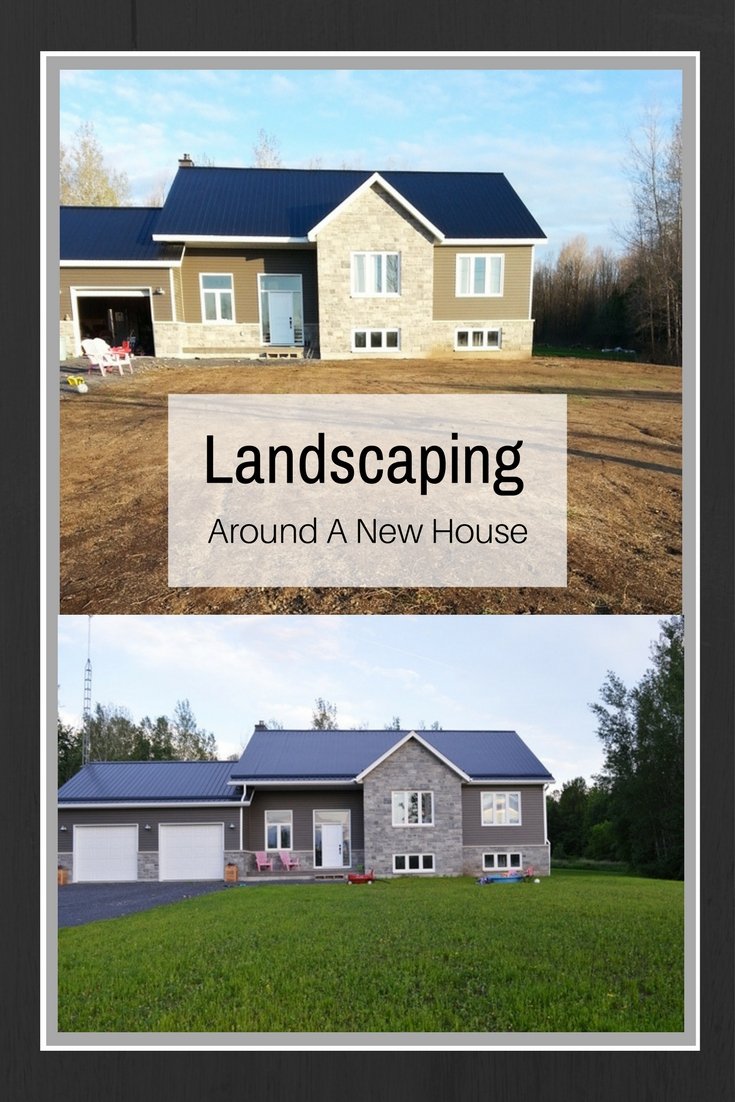 The final grade and landscaping around a house is very important so you don’t get risk getting water in the basement. The final soil level should have a gradual slope away from the house. This way any water that falls near the foundation will naturally drain away and not seep into the house. 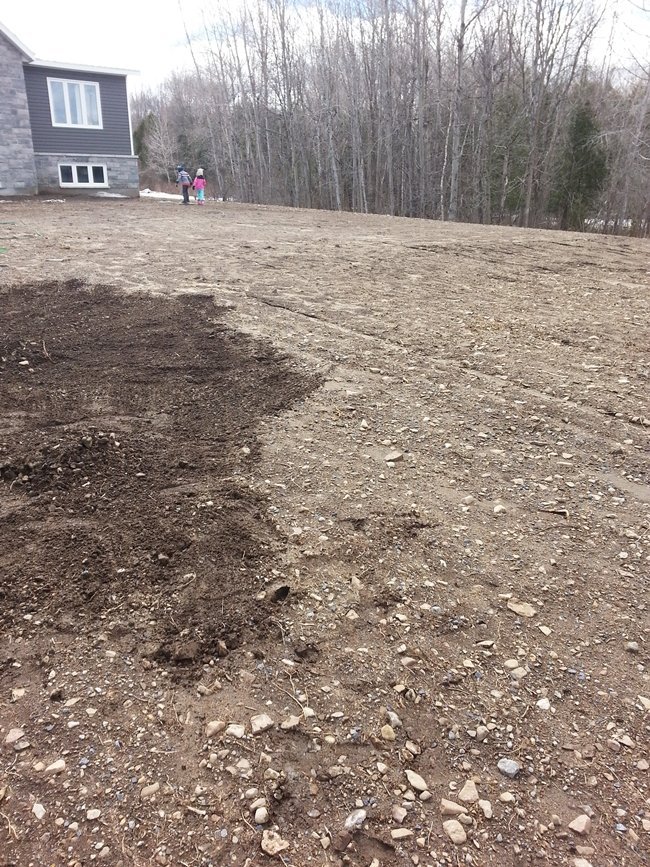 This is how our front yard looked in April after all the snow melted. There were so many rocks! Instead of paying for truckloads of topsoil, we used the soil that was excavated for the foundation.  We saved money by using our own soil, and just had to put in the time raking and picking all the rocks. We did buy a load of topsoil for on top of the septic bed, and that soil was beautiful with no rocks. 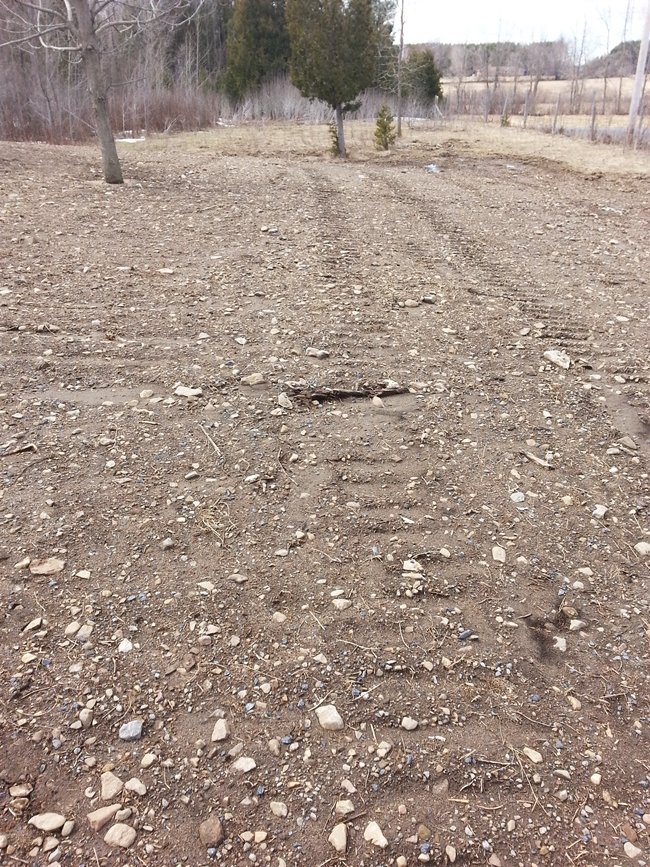 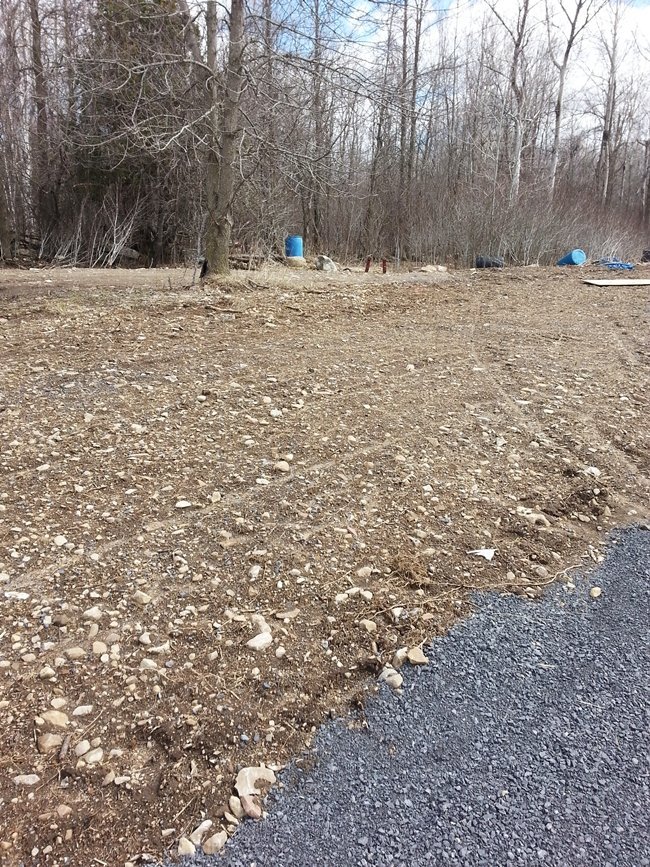 I bribed the kids and told them I’d pay them a penny for every rock they picked. They all quit after picking 100 rocks and realized it really wasn’t very much fun. 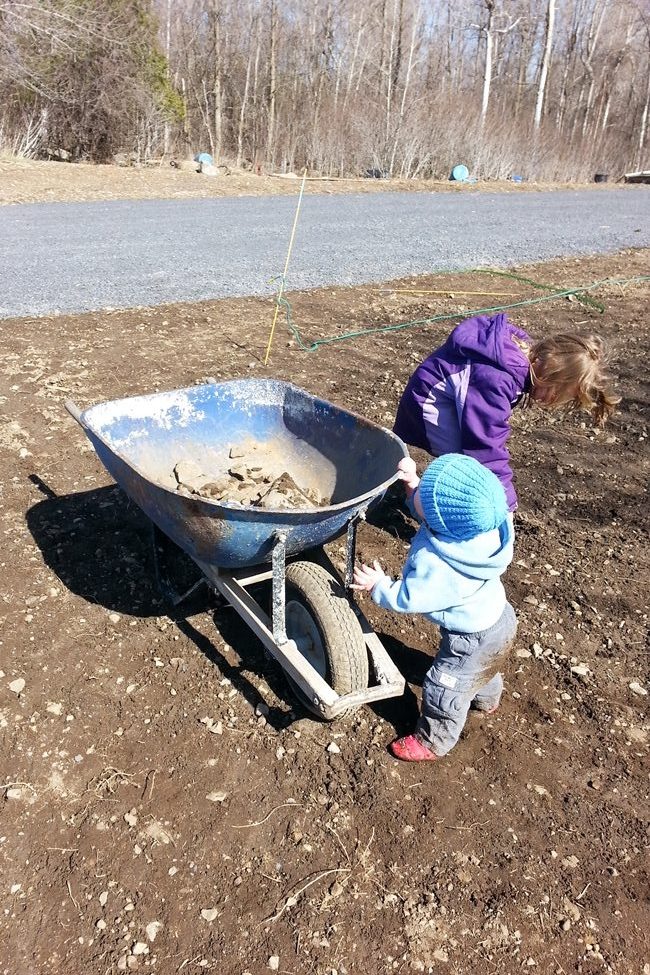 Tony and I spent a lot of time raking and picking rocks, but we got this side of the yard looking great! 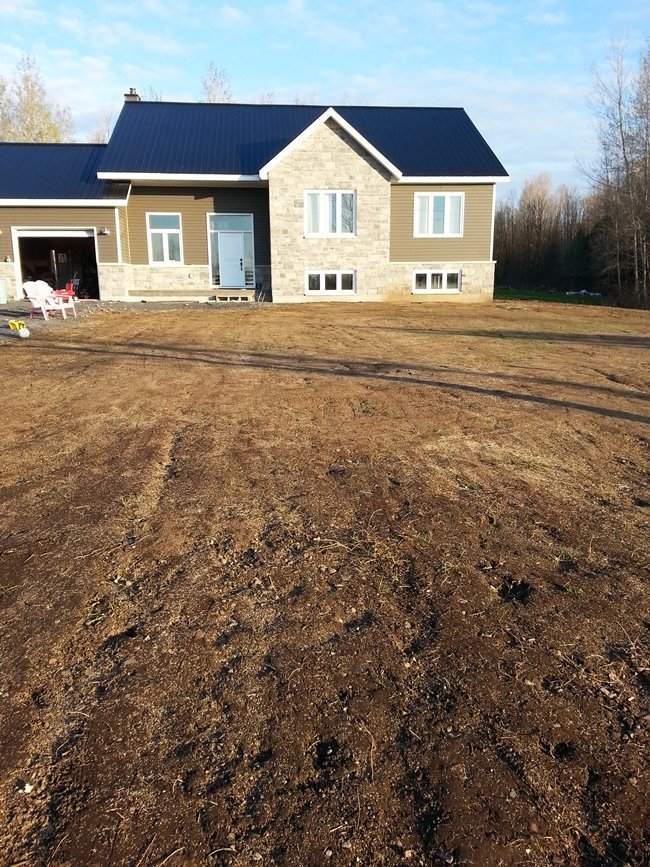 After we raked the topsoil we spread grass seed, threw on some fertilizer, and pressed the seed into the soil using the lawn roller. 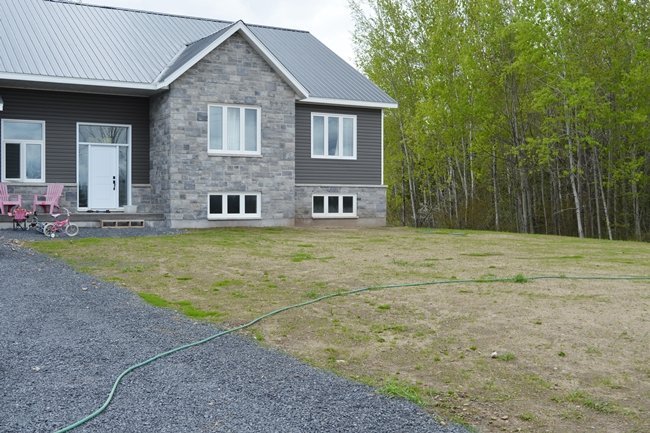 It’s important to water grass seed regularly while it’s still young.  Once the grass was established a little bit we cut back on the watering. 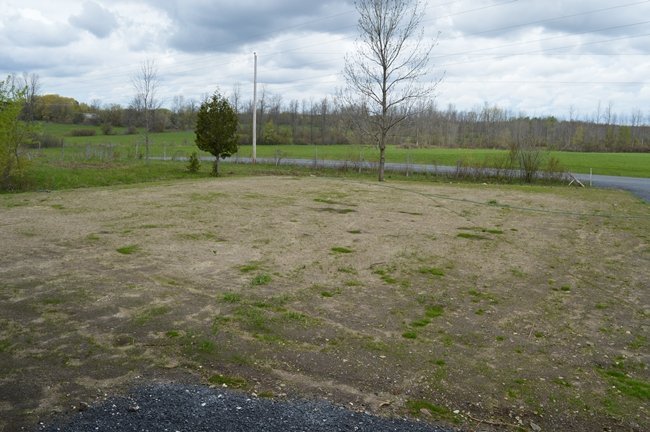 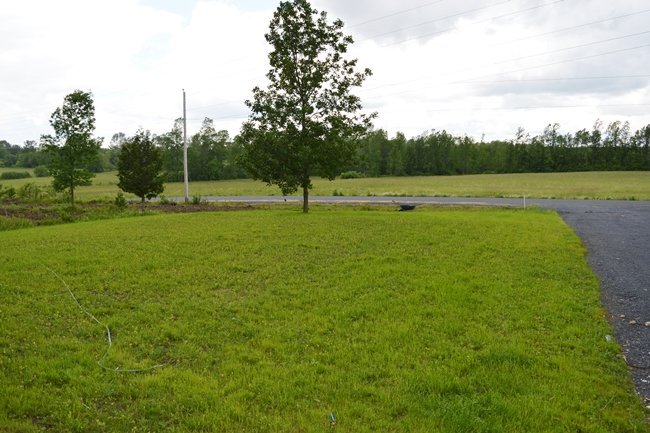 Ta-da!! We have grass. We ended up with a lot of weeds too, but it’s green and it looks pretty good when it’s mowed. It’ll take a few years for the grass to thicken up, but at least now we have somewhere for the kids to play. 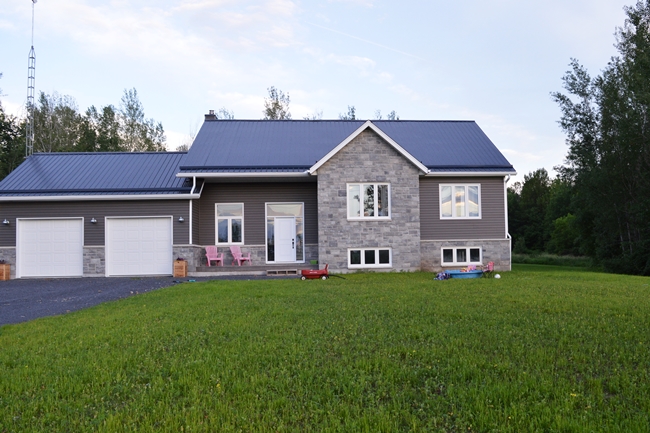 We don’t have topsoil yet at the back of the house and that area isn’t growing anything. And we still have a bunch of construction leftovers that we have to clean up too…someday. 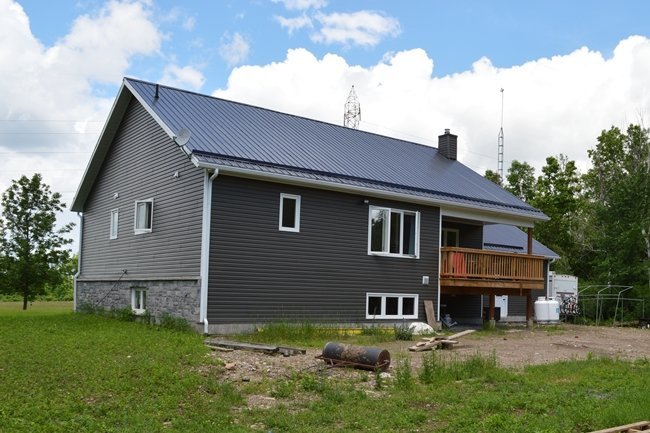 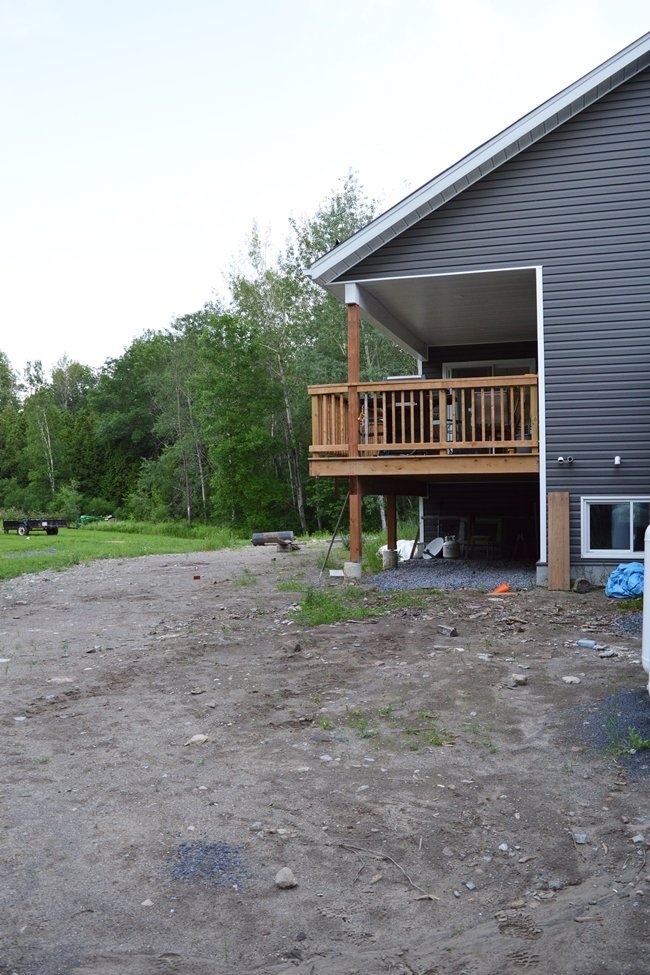 Behind the house is a large area that used to be weeds and long grass. When it’s mowed it looks great. We also set up a play structure and sandbox. The kids have lots of things to do outside, and there’s plenty of space for them to run around. 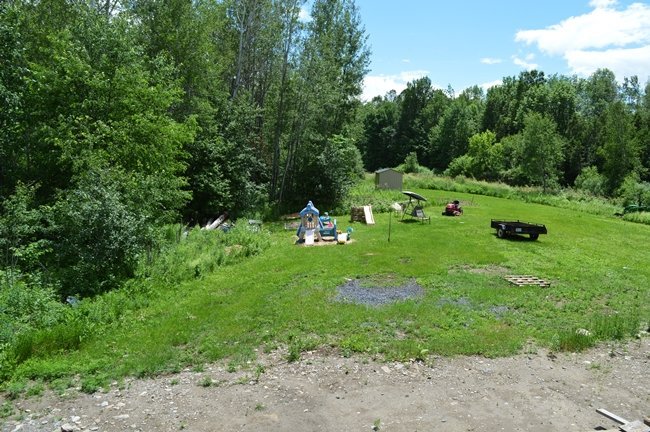 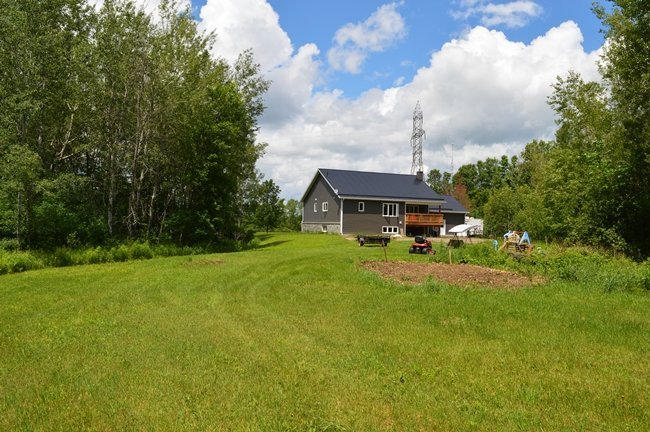 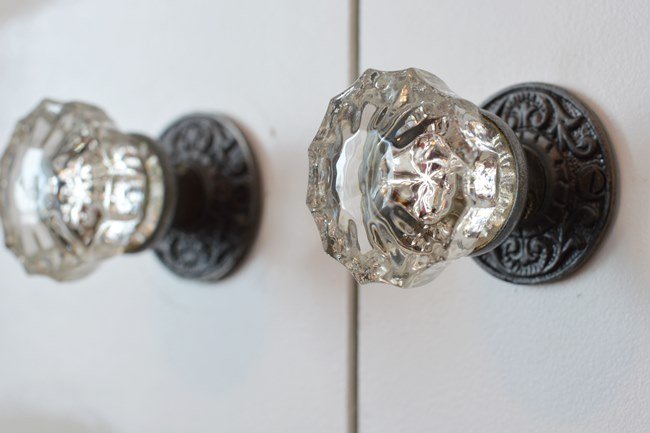 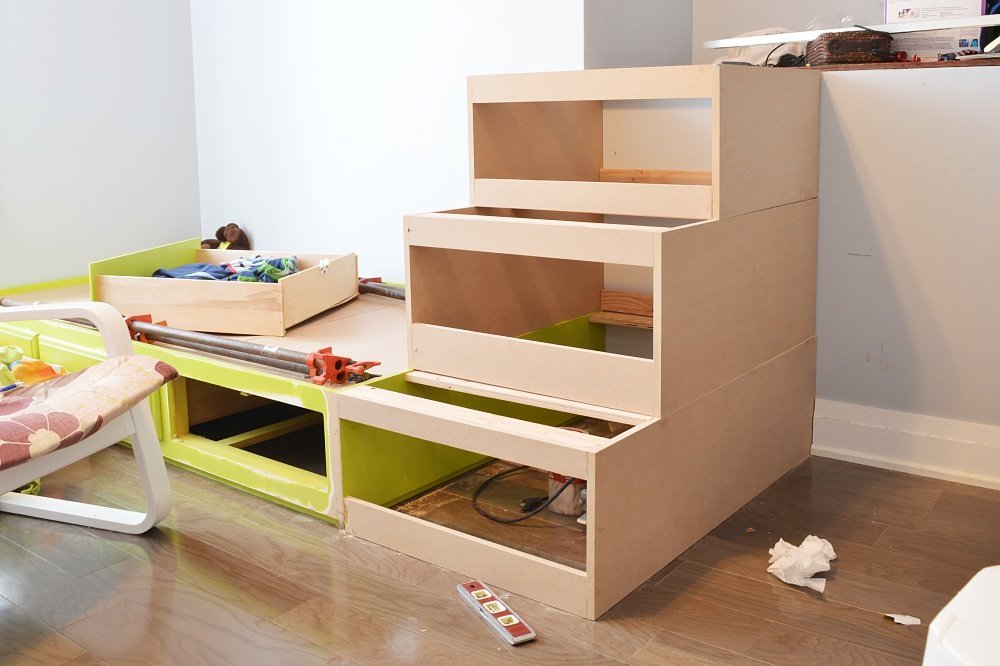 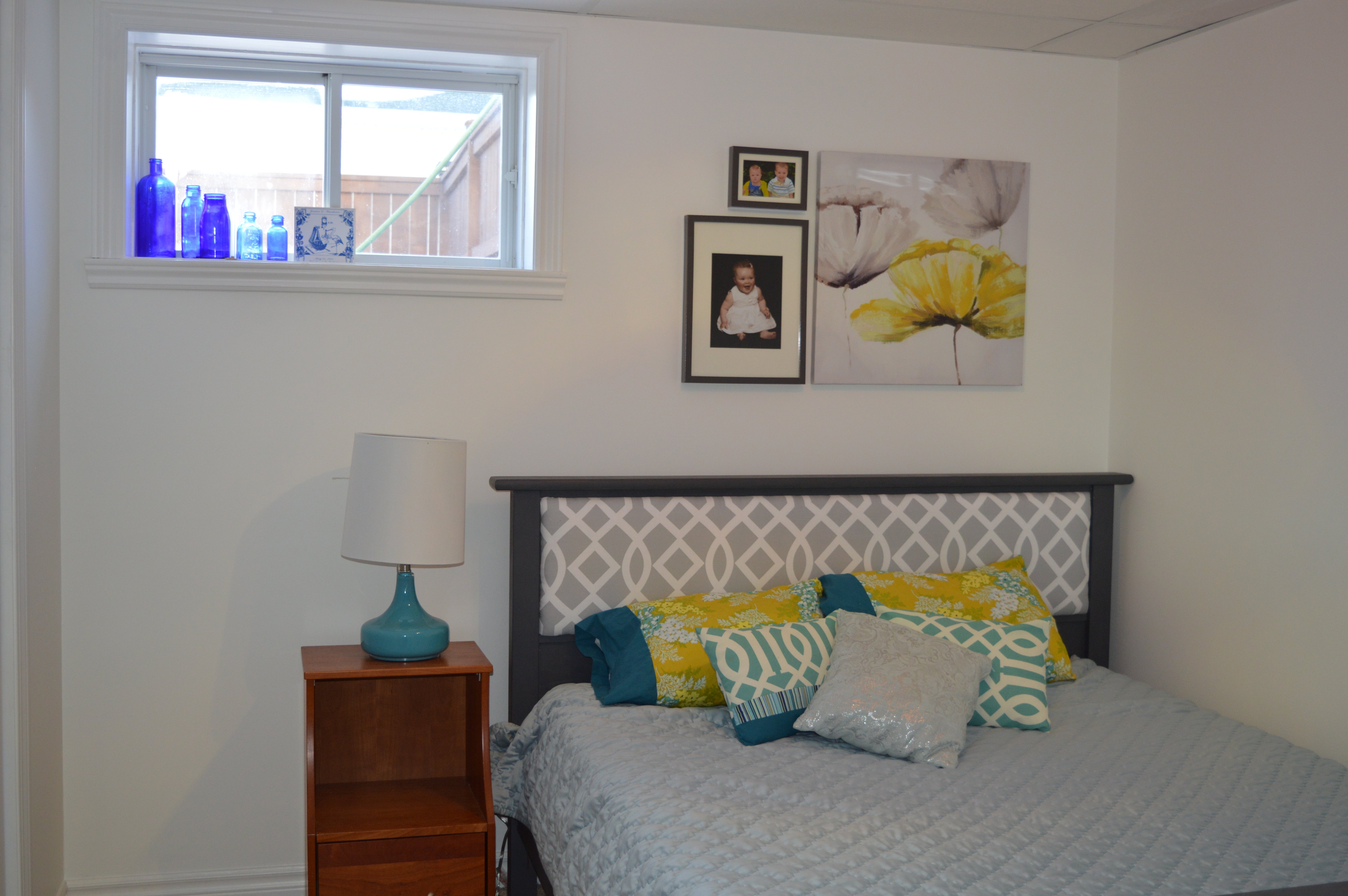 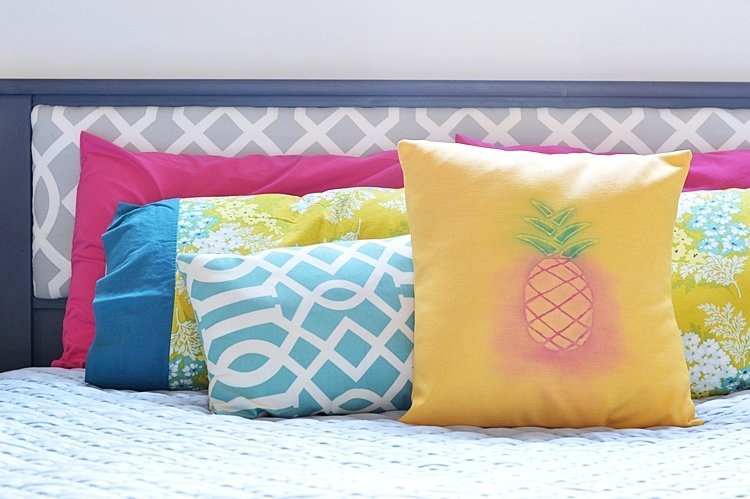 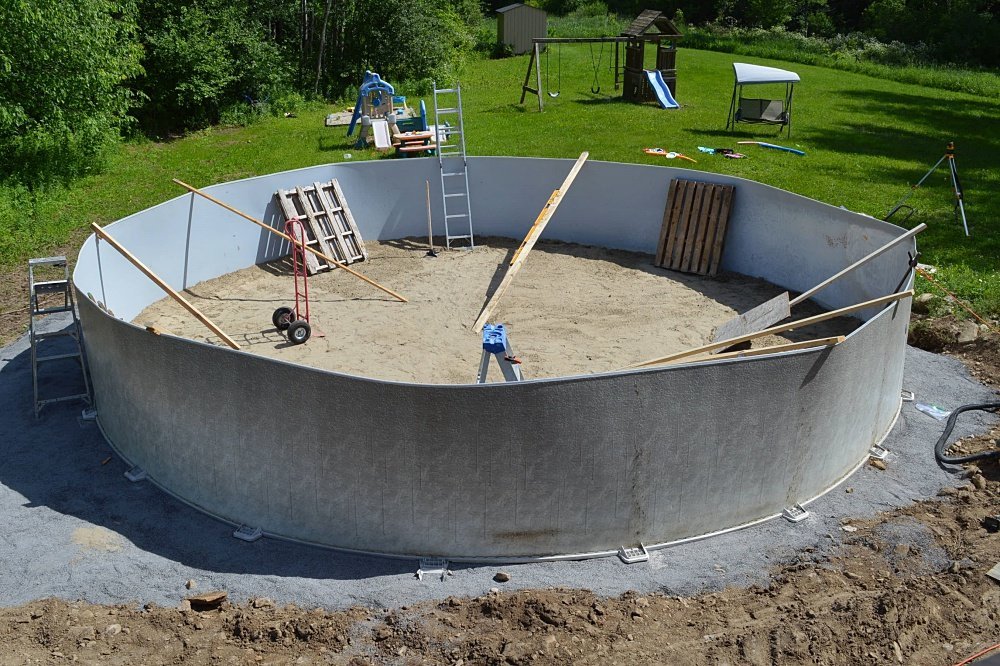