The next step for the cabin after the trench was to build a bit of a basement, lay a gravel pad, level some patio stones and blocks, and build the beams.

The “basement” room is approximately four feet wide, eight feet long, and five feet deep. This is where the electrical and water line come up from the trench and into the cabin. This will be where the water heater goes, and some other equipment that won’t fit in the cabin. It is right underneath the bathroom, and the plumbing will be housed inside the wall between the bathroom and the kitchen. There will be a little hatch on the back side of the basement, so if we need to we can crawl inside. We will also insulate this small room to make sure the water lines don’t freeze. 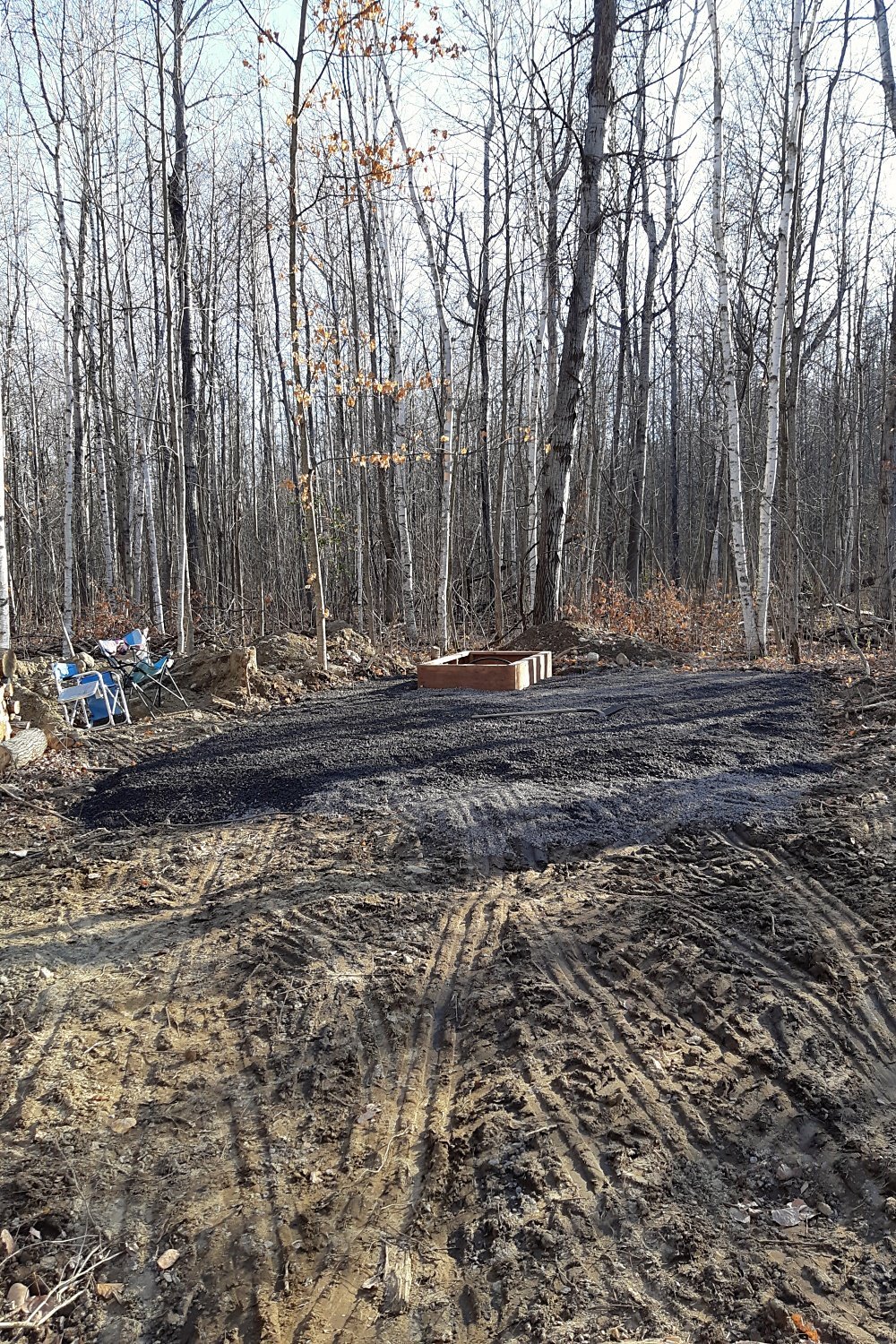 Tony scraped off the top soil around the cabin with the tractor and dumped several loads of gravel. We leveled the gravel as best we could so it was a uniform height. Then Tony used a tamper to make the gravel flat and packed down. 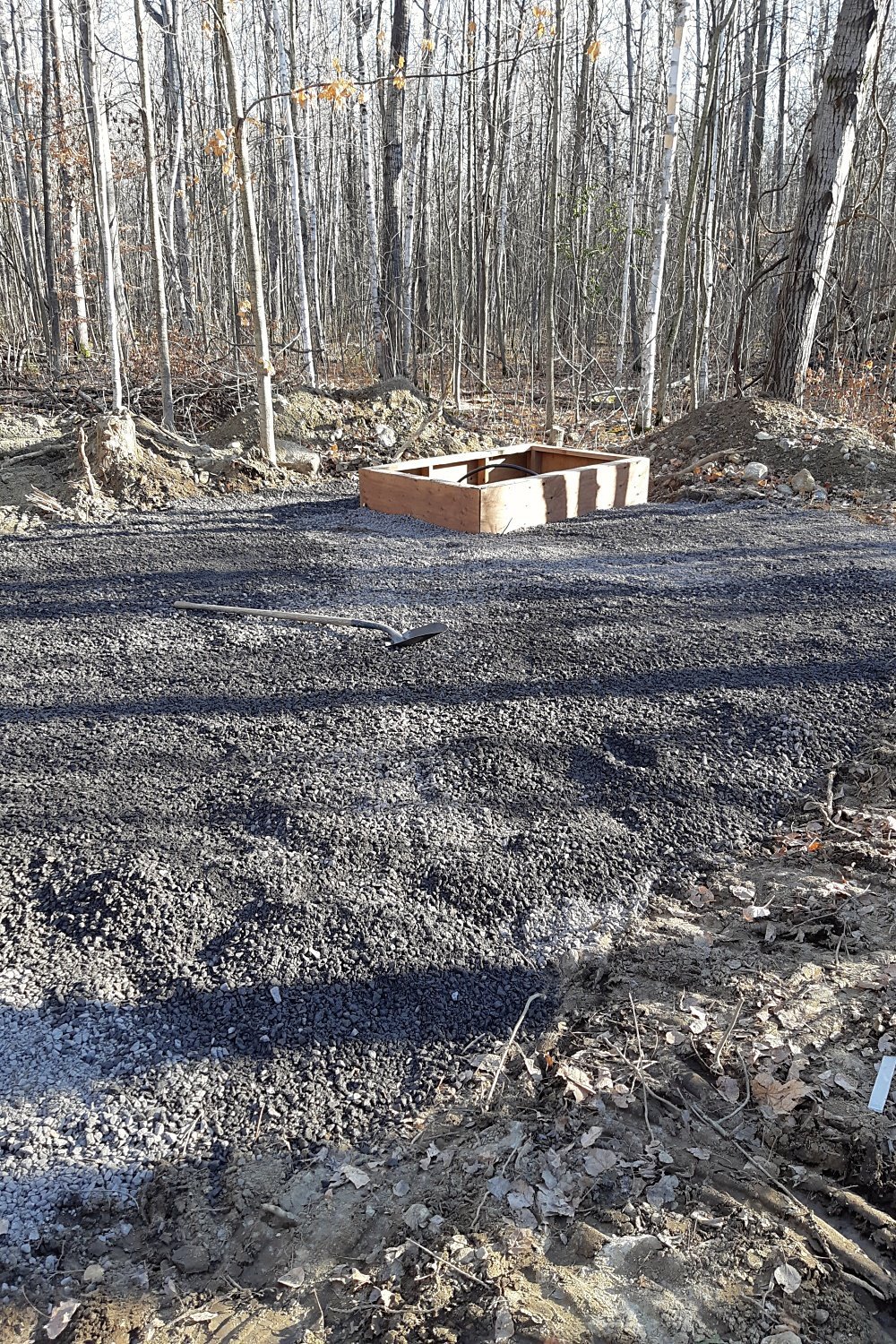 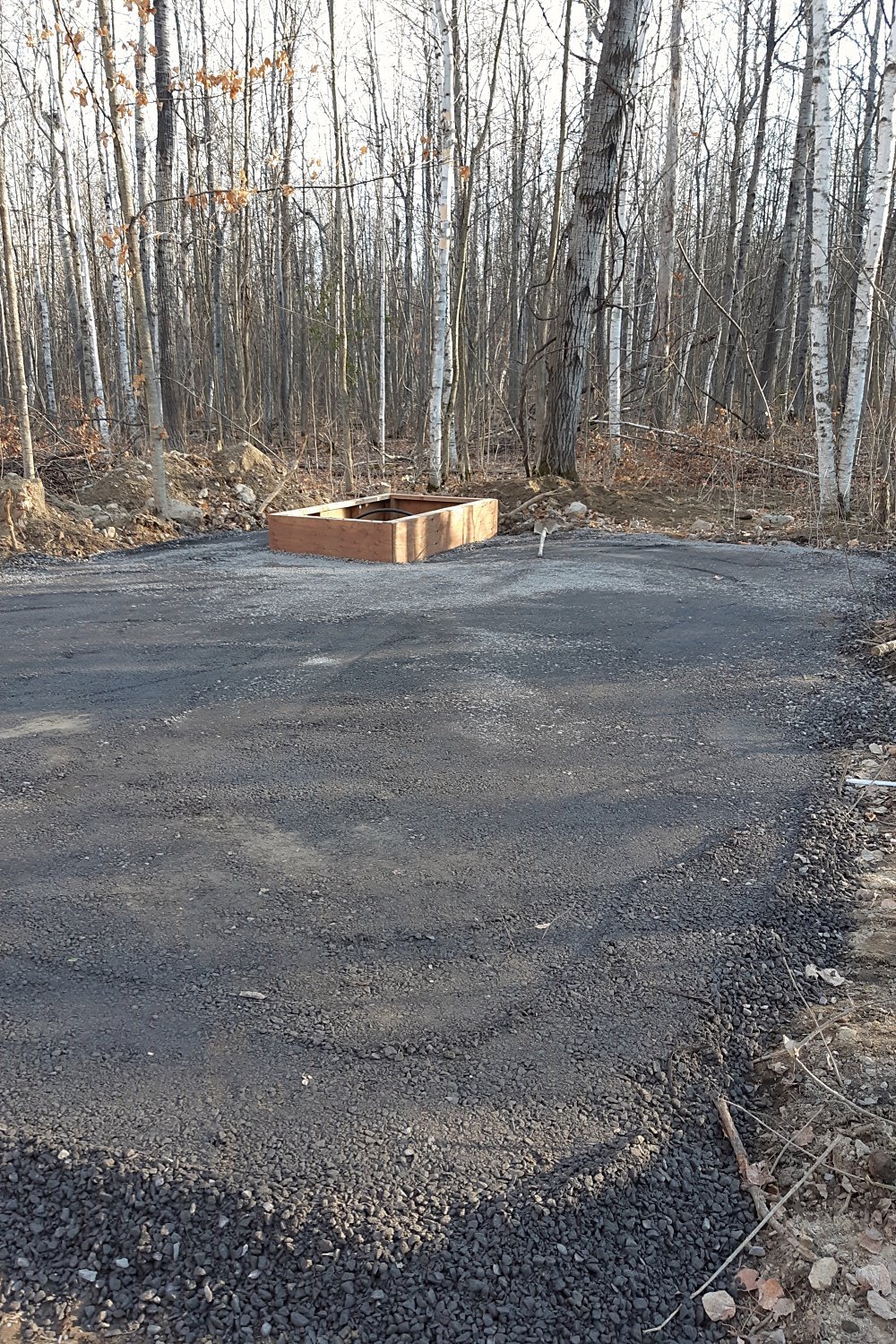 After the gravel was fairly smooth and level, we used a transit to make sure the nine areas for the supports were perfectly the same height. This took a bit of time to scrape down the gravel in a few spots, or add more gravel to other spots. We layed down nine patio stones, and then a cinder block on top. 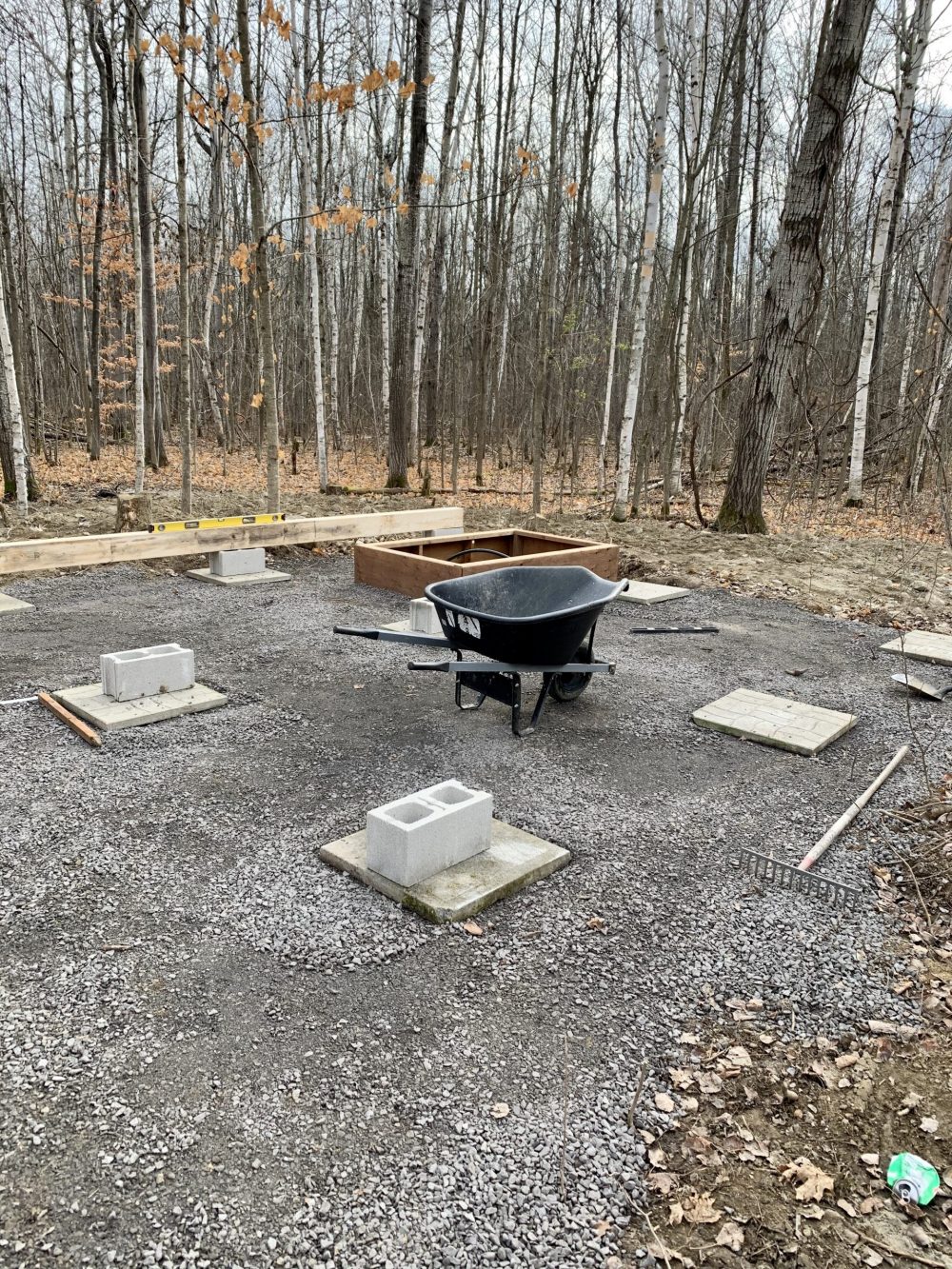 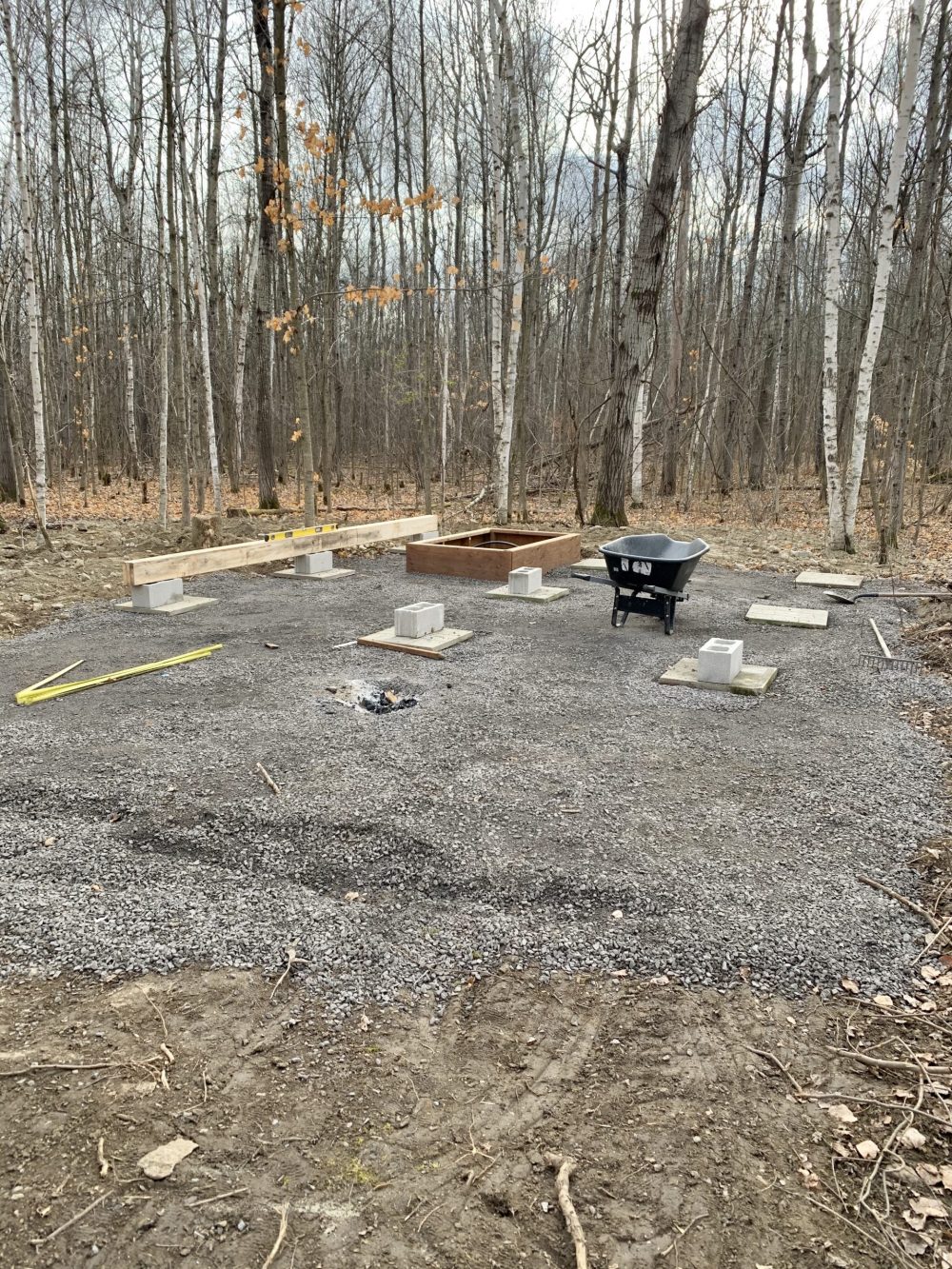 Beams for the cabin

The last part of the prep work was to build three beams for the cabin. The beams are 16 feet long, so we used three 2″ by 8″ by 16 ft non-pressure treated lumber. We nailed them together every 16 inches using a framing nailer, and did that on both sides of the beam. Once the three beams were finished we carried them out to the cabin site and layed them on the blocks. Double check that they are level, but if you do the proper prep work the beams should be perfect. 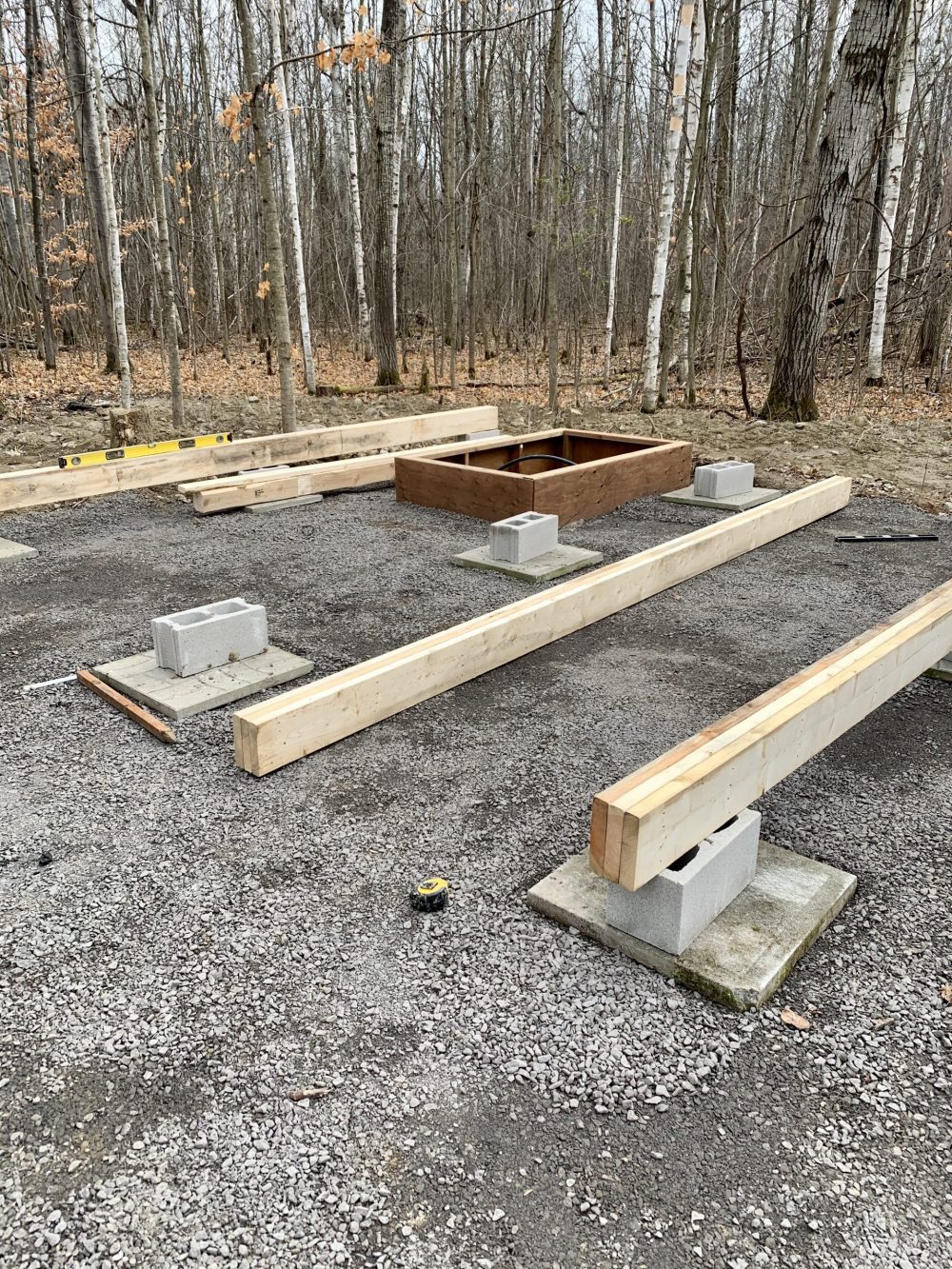 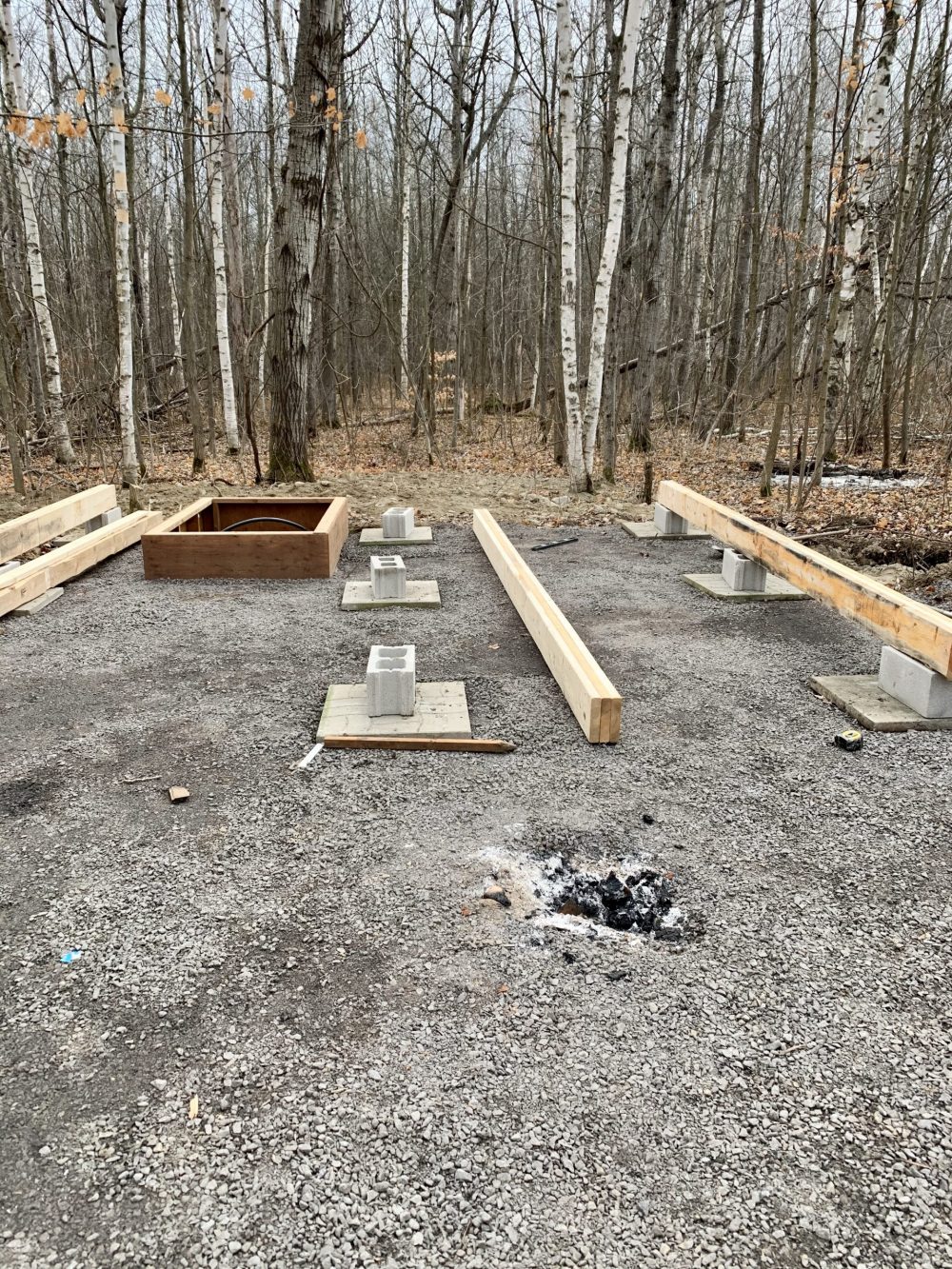 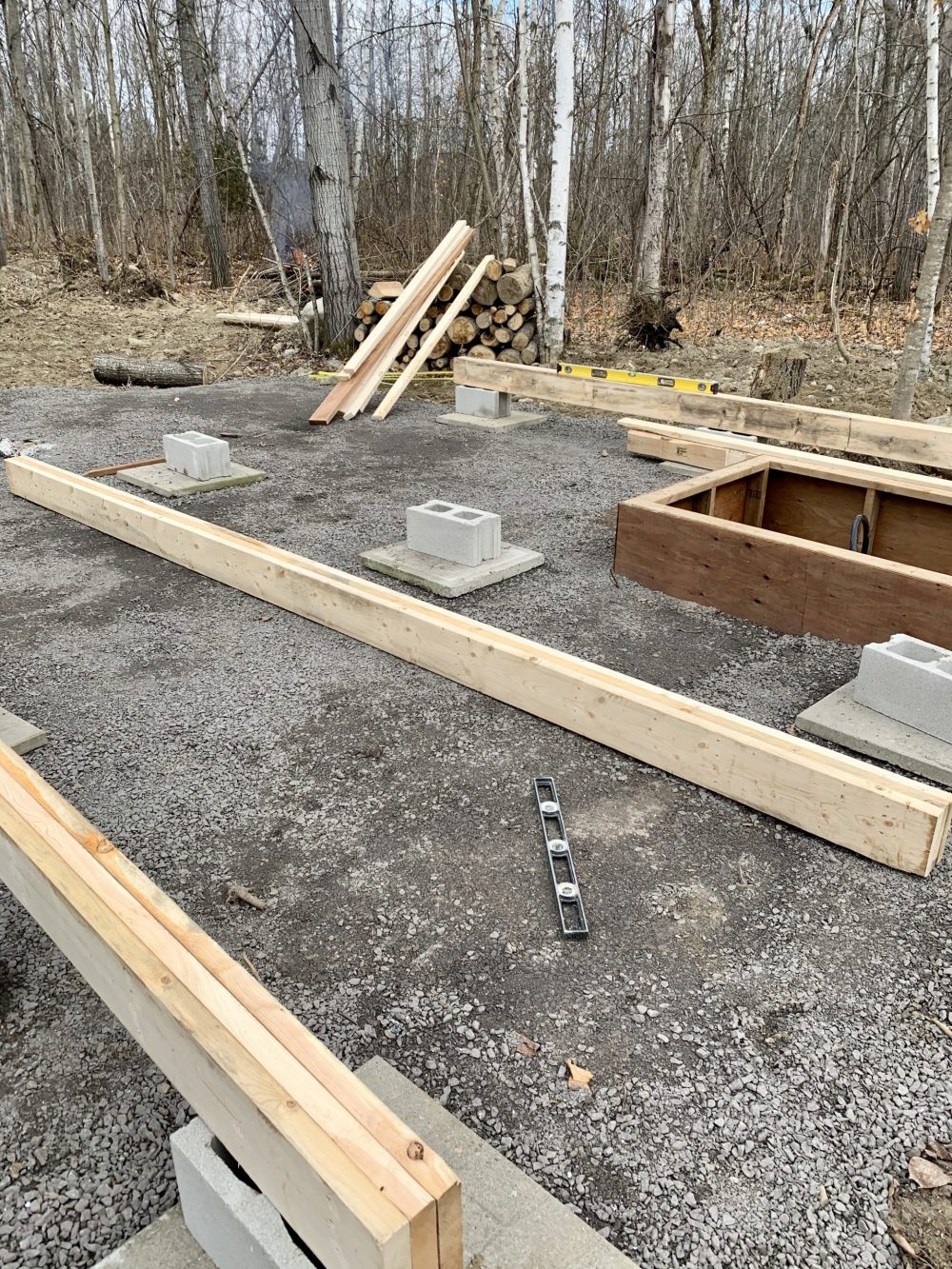 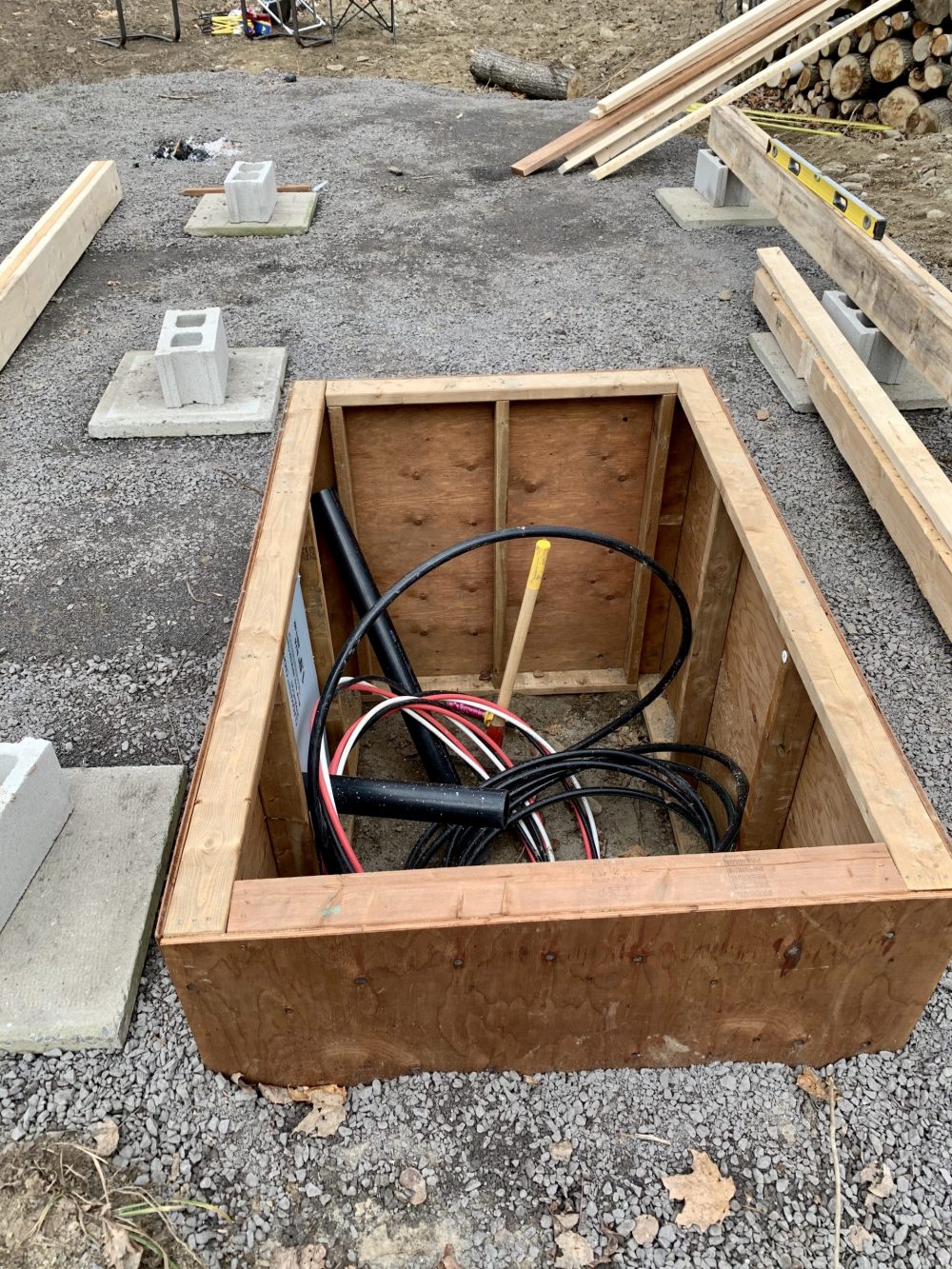 The last part of the site prep and excavation phase will be to have the pond dug and the fill spread along the driveway. B Moore on Grade dropped off the equipment already for this, but we’re still waiting for him to start the job. After that the fun framing stage begins. 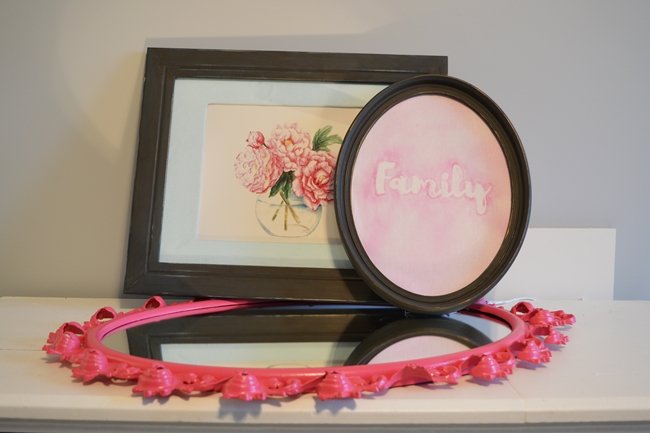 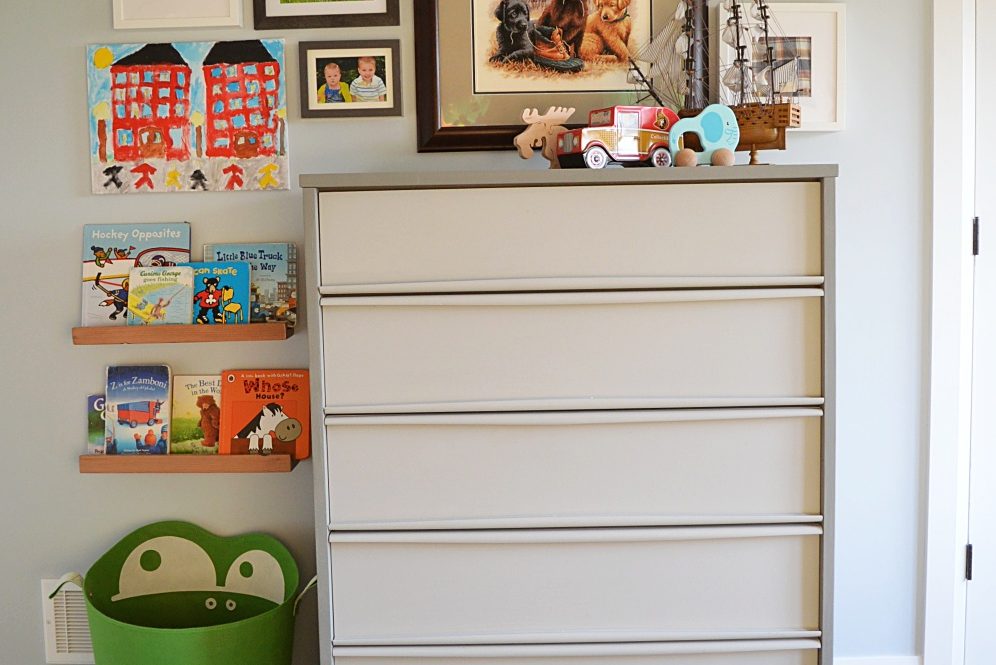 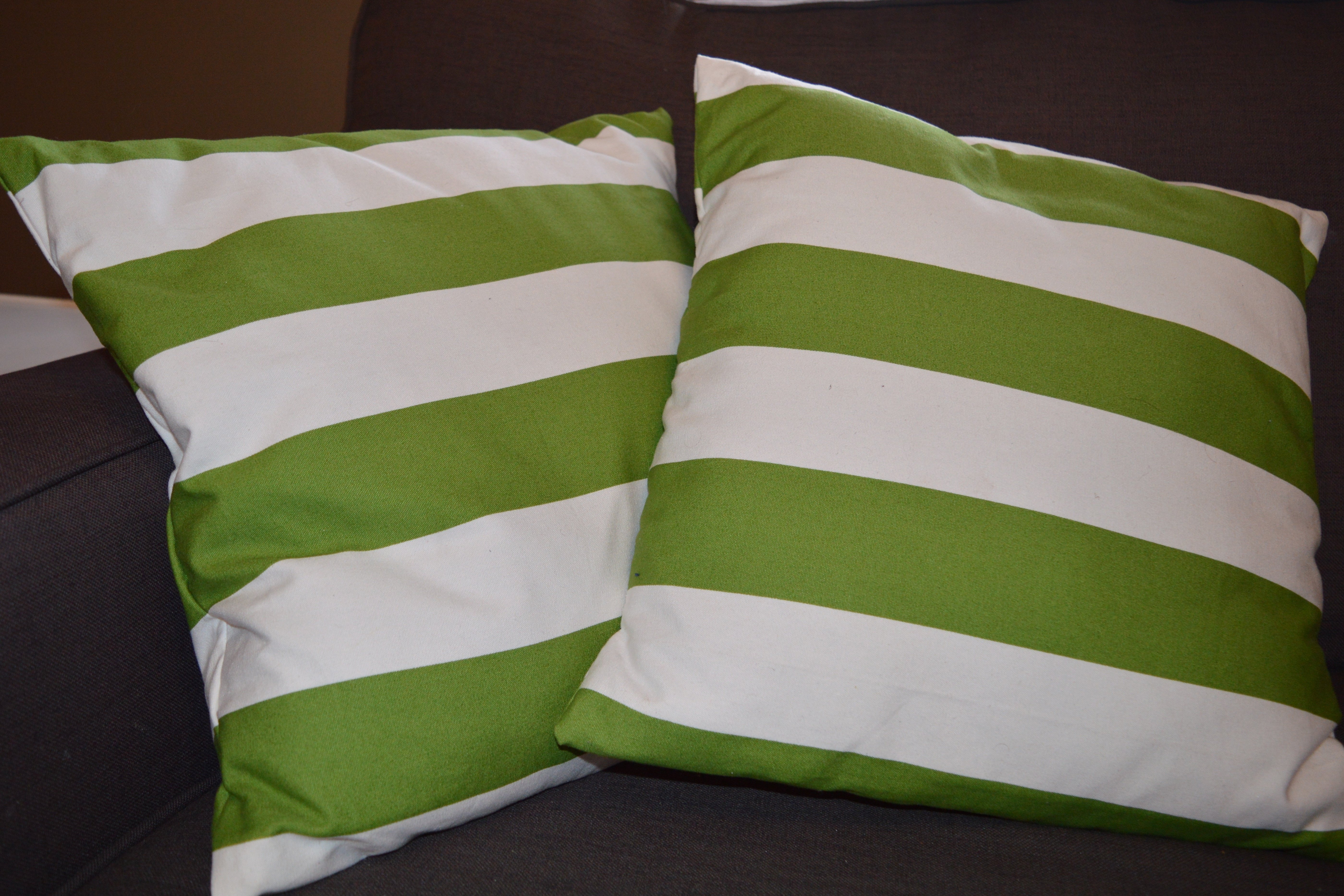 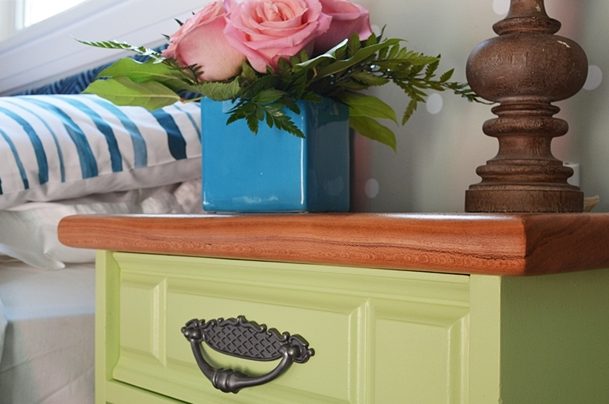 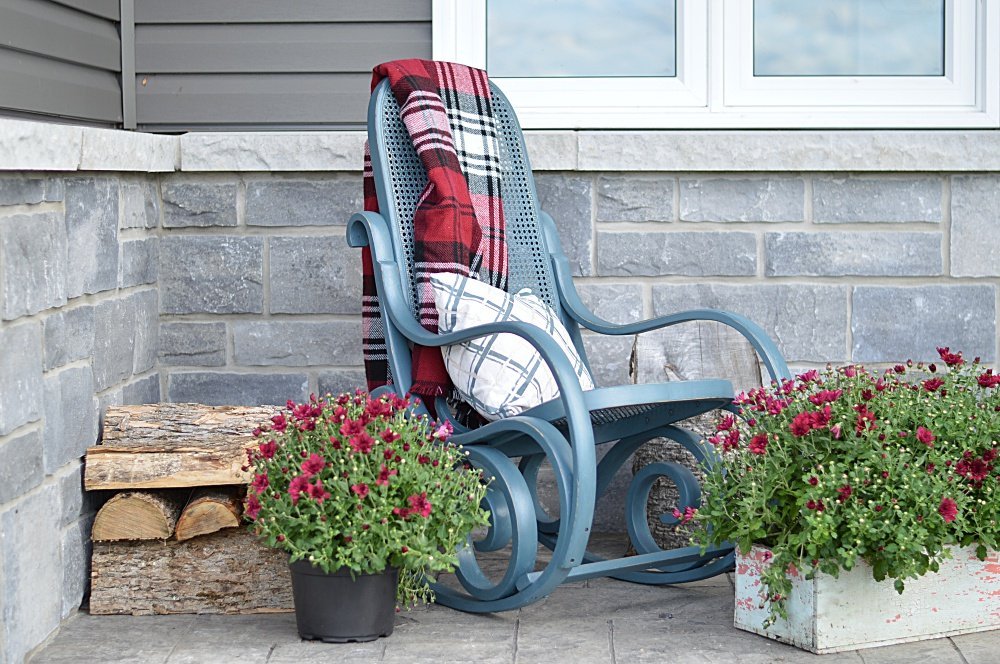